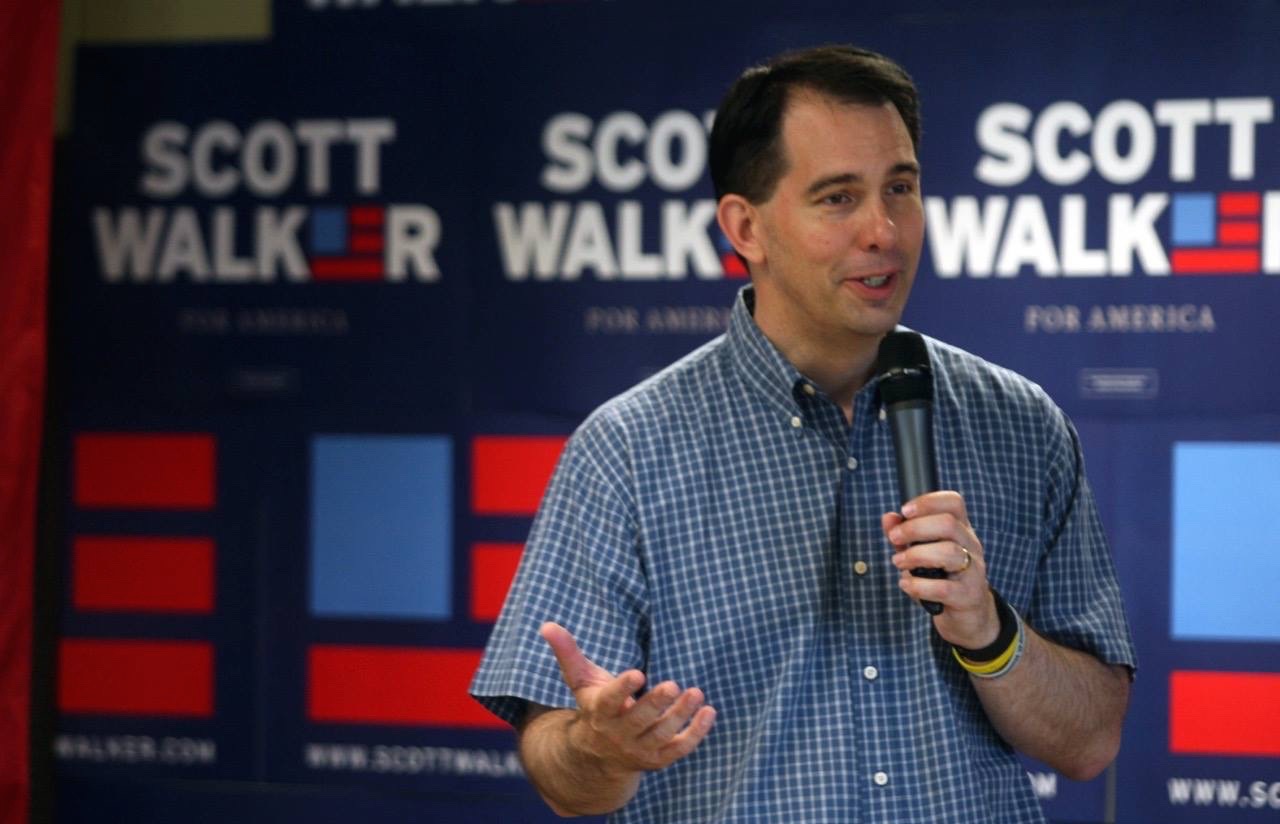 Wisconsin governor Scott Walker is a former “Republican” presidential frontrunner whose campaign was completely consumed by the populist rise of Donald Trump.

Not surprisingly, he was pretty bitter about that …

(Never mind that Trump might have been right – and Walker wrong – on key issues).

In a new fundraising appeal for the Republican National Committee (RNC), Walker is now setting aside some of his anti-Trump vitriol … and focusing his angst on presumed Democratic nominee Hillary Clinton.

“I’m obviously disappointed that I’m not going to be your nominee for president,” Walker noted in the appeal, adding “I gave it my all and I’m proud of that.”

But enough about him …

“What I knew all along – and what I still know – is that I was going to need the RNC’s resources and national infrastructure to defeat the Clinton Machine in the general election,” he continued.  “And that is 100 percent true for every other candidate — Bush, Carson, Christie, Cruz, Fiorina, Gilmore, Graham, Huckabee, Jindal, Kasich, Pataki, Paul, Rubio, Santorum, and Trump. Whoever wins will need the RNC.”

Wait … 100 percent true for every other candidate? Including Trump?

Just last month, Walker was urging the GOP to unite around “a positive conservative alternative to the current frontrunner.”  Meanwhile former New York governor George Pataki – one of the names mentioned in the fundraising pitch – has already said he will not support Trump in the event “The Donald” becomes the GOP nominee.

So … is Walker being serious?  Or is he just being nice?