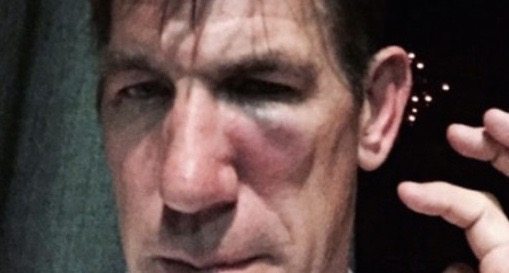 || By FITSNEWS || Disgraced politician turned reality television star Thomas Ravenel is showing off his battle scars in the aftermath of being attacked at a Charleston, S.C. nightclub earlier this month. 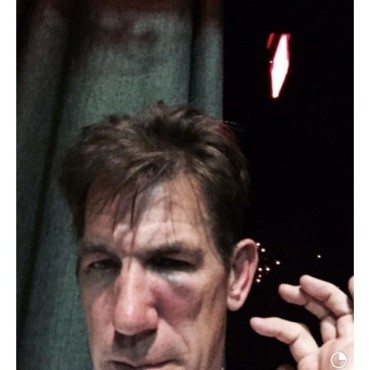 The 53-year-old star of Bravo TV’s “Southern Charm” – who recently impregnated his 24-year-old girlfriend for a second time – was head-butted by an as-yet-unidentified male at the Republic Garden and Lounge in downtown Charleston last Monday evening.

It’s not immediately clear what provoked the incident, but Ravenel originally declined to press charges against his assailant – then he changed his mind.  When police declined to “re-arrest” the suspect, Ravenel threatened to sue the city of Charleston for $10 million.

He now tells The (Charleston, S.C.) Post and Courier he regrets making that threat …

It’s been an eventful summer for the reality star, whose attempt at a political comeback last fall failed spectacularly. Last month, Ravenel was involved in a scuffle in Florida last month outside of the Emerald Grande hotel in Destin, Florida.

According to our sources, that drama originated with Ravenel’s latest “mystery woman.”

You know, as opposed to his earlier “mystery woman.”

He’s also been embroiled in legal and social media battles with Kathryn Calhoun Dennis, his 24-year-old co-star, ex-girlfriend and scion of two of South Carolina’s most influential families.

Dennis is the mother of Ravenel’s one-year-old daughter Kensington Calhoun Ravenel, and is several months pregnant with the couple’s second child.

Ratings for Southern Charm dipped during the middle of its second season, but by the time the season finale rolled around in May the show’s audiences were surging. And despite repeatedly stating the show was “over,” it now seems clear there will be a third season.