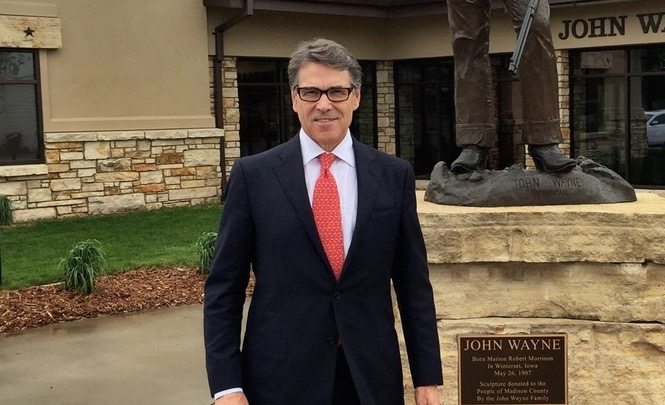 || By FITSNEWS || Rick Perry “coulda been a contender.” Well, four years ago.

The former Texas governor rocketed to the front of the presidential pack in the run-up to the 2012 “Republican” primary, but wound up flaming out spectacularly.

How spectacularly?  Well, by the time the “First in the South” primary rolled around, Perry had already dropped out of the race – choosing to endorse establishment “Republican” Newt Gingrich.

Perry’s 2016 bid has yet to gain any traction.  In fact he’s become so desperate for attention he’s throwing stones at the surging candidacy of Donald Trump in the hopes someone will pay him some mind.

But blind hogs do occasionally find acorns, as the expression goes, and Perry – who gets it right every so often – is correct in arguing against so-called “gun-free zones” in America.

According to Perry, such zones are “a bad idea,” especially “if we believe in the Second Amendment, and we believe in people’s right to protect themselves and defend themselves, and their families.”

“I think that you allow the citizens of this country, who have appropriately trained, appropriately backgrounded, know how to handle and use firearms, to carry them,” Perry said during a weekend appearance on CNN’s State of the Union.

Also, we’ve said it before and we’ll say it again: More guns = Less crime.  Like it or not, that’s the reality … especially in a world in which criminals don’t obey all those new anti-gun laws government keeps passing.

Anyway, props to Perry for getting something right … for a change.

Robert Romano: How “The Donald” Is Doing It

Marco Rubio To File “First In The South” Paperwork