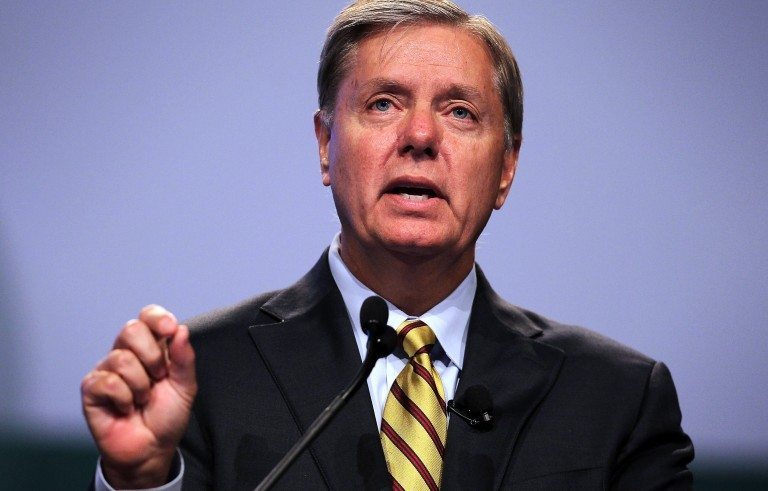 AS IF HE NEEDED THEM …

|| By FITSNEWS || There are millions of reasons why politicians in Washington, S.C. should oppose “fast track” – the first phase of U.S. president Barack Obama‘s effort to ram a crony capitalist trade deal through the U.S. Congress.

Among those reasons?  The millions of American jobs which would be jeopardized should this secretive agreement be passed.  In fact all you really need to know about “Obamatrade” is the debate over it in Congress has centered around how much taxpayer money should be set aside to cover all the jobs it’s going to cost our country.

Yeah … how’s that for reassuring?

“Obamatrade” is a two-part deal.  The first part is called “fast track,” or trade promotion authority (TPA).  This would give Obama the authority to unilaterally write and enforce TPP, which is the “Trans-Pacific Parternship” – a massive trade deal with Pacific Rim nations.  By approving TPA, the U.S. Congress would surrender its role in American trade negotiations to Obama – allowing him to continue secretly conducting a deal which would endorse foreign currency manipulation, subsidize the outsourcing of U.S. jobs and erode America’s rule of law.

It’s a power grab in the name of eroding American economic strength … and the fact a single “Republican” in Congress is supporting it is truly disheartening.

Anyway, U.S. Senator Lindsey Graham has supported “fast track” authority for Obama even though the trade deal the administration is pushing would be terrible for his home state of South Carolina (see HERE and HERE).

Last month, though, Graham briefly threatened to pull his support for “fast track.”

How come?  Because U.S. Senate leaders promised him a vote on the crony capitalist U.S. Export-Import Bank –  a glorified slush fund for big corporations which Graham supports (and we oppose).

Graham never got his slush fund vote, though … yet now those same U.S. Senate leaders are asking him to cast another critical vote in support of “Obamatrade.”  Which leads us to the first of three (more) reasons why Graham should say “no.”

1. He got punked once already.

Graham traded his vote on the first critical “Obamatrade” tally  in exchange for the Senate agreeing to take up his favored crony capitalist slush fund.  They didn’t.  So he should be true to his word now and oppose “fast track.”

The other two reasons?

Sure, Graham’s Quixotic campaign isn’t actually about winning the White House (he’s running to attack Rand Paul, to pimp the U.S. military-industrial complex and position himself for a cabinet position in a “Republican” administration), but still … arguing on the campaign trail in favor of Obamatrade would put him at odds with most of his GOP rivals.  Even the more liberal ones.

Graham has consistently opposed the practice of currency manipulation – which enables foreign countries like China to gain an unfair competitive advantage in the global marketplace.  “Obamatrade” provides absolutely no protections against currency manipulation – which is pretty important when you consider the deal will impact an estimated 40 percent of the global economy.

Graham shouldn’t need any additional reasons to oppose “Obamatrade.”   But these are three compelling ones in the event he does …