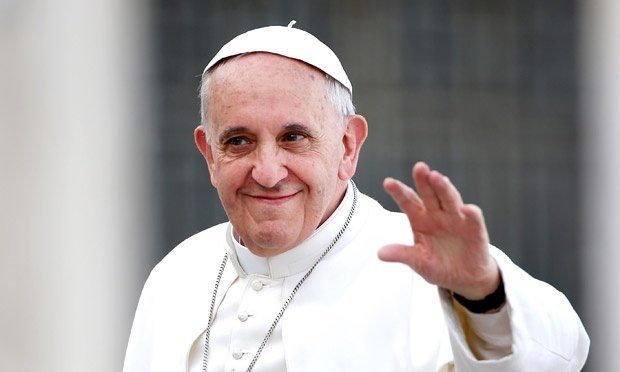 || By FITSNEWS || This website has been critical of Pope Francis‘ economic theorizing. And his lack of a hammer on “Catholic corruption.”  And his church’s mob-style finances.

But Francis got something right this week … specifically, the blunt rebuke he delivered to a military-industrial complex responsible for sucking countless lives and tax dollars down the black hole of endless war.

Speaking to an audience of Italian school children, the pontiff railed against an “industry of death” that perpetuates global conflicts.

“Many powerful people don’t want peace because they live off war,” His Holiness told the children. “This is serious. Some powerful people make their living with the production of arms and sell them to one country for them to use against another country.”

Or in the case of the F-35 … for endless reconfiguration amidst obscene cost overruns.

Either way, Francis is correct … as “X” said in the 1991 Oliver Stone movie JFK, “the organizing principle of any society … is for war.  The authority of the state over its people resides in its war powers.”

Obviously we believe national defense is a core function of government – one which should be adequately and efficiently funded.  In fact that’s not up for debate, as the Constitution clearly calls for the provision of the national defense.

What do we oppose?  Senseless interventions (and sensationalist scaremongering) which serve no objective other than the draining of American blood and treasure on conflicts which do nothing to make our people safer.