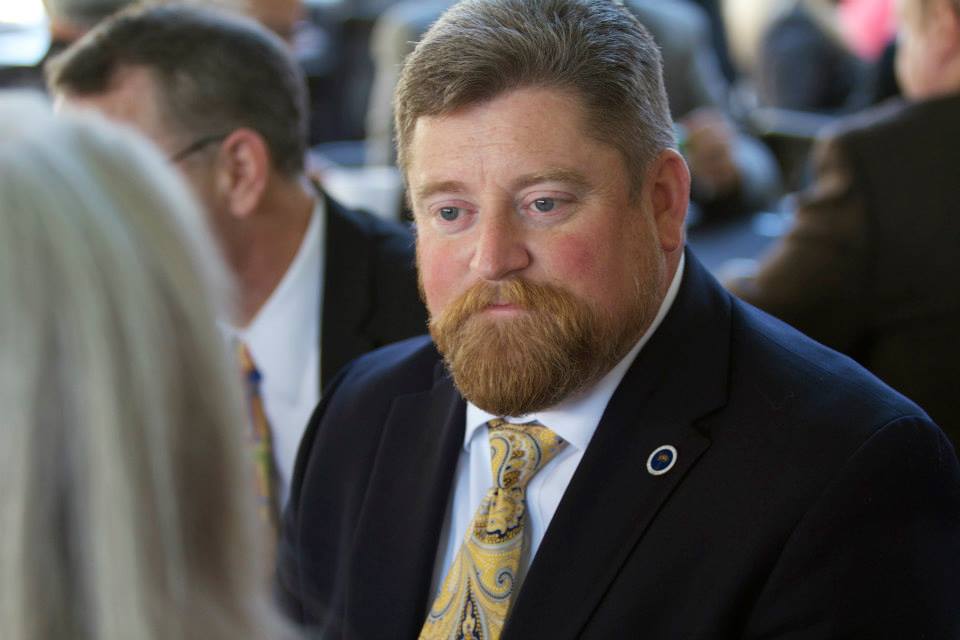 || By FITSNEWS || It’s exceedingly rare when a member of the S.C. General Assembly accomplishes anything other than the mindless expansion of a corrupt, secretive, dysfunctional and chronically ineffective government.

One lawmaker who has consistently stood against this nonsense?  S.C. Rep. Eric Bedingfield.  In fact “Beds” – as his friends call him – was one of only a handful of S.C. House members to vote against that chamber’s $427 million gas tax hike earlier this month (despite tremendous pressure from “business” leaders in his Greenville County, S.C. district).

In addition to being one of only a few consistent free market advocates, Bedingfield is also an accomplished political operative – helping lead U.S. Rep. Mick Mulvaney to a hard-fought 2010 victory over veteran lawmaker John Spratt.  More recently, Bedingfield has been working in South Carolina on behalf of U.S. Senator Rand Paul.

Anyway, regardless of what you think of Bedingfield’s political orientation (or choice in candidates)  … it’s hard not to appreciate a guy who stops and helps out a motorist in distress.  Which is what “Beds” did earlier this week for a woman who had a flat tire on the way to pick her mother up at the airport.

“At least 50-60 cars passed me trying to figure out how to get the tire changed on my moms minivan,” Upstate resident Kelly Walker wrote on her Facebook page.  “This really nice dressed man stopped and helped me out.  Turns out he is from the SC House of Representatives.” 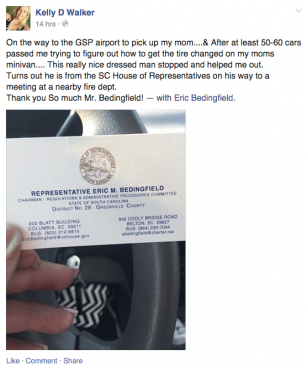 Politicians love to talk about “getting things done.”  It’s nice to see one of them actually get something done.

A Night On The USS Yorktown

Taylor: Learning To Accept Our Bodies