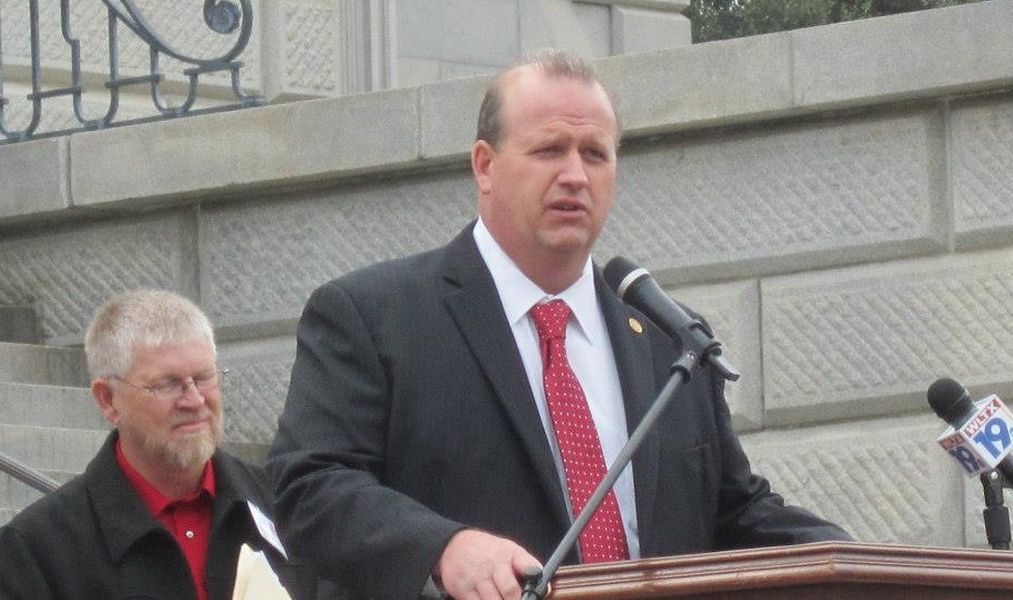 || By FITSNEWS ||  A discussion over a pending criminal domestic violence (CDV) bill took a bizarre turn this week when S.C. Senator Thomas Corbin – a “Republican” from Travelers Rest, S.C. – offered some bizarrely sexist commentary on the role of women in the political process.

Corbin’s comments – made at a legislative dinner held in downtown Columbia, S.C. – were reportedly directed at S.C. Senator Katrina Shealy, the only female member of the 46-person State Senate.

According to multiple witnesses who attended the dinner – held at Cowboy Brazilian Steakhouse on Main Street (a few blocks from the S.C. State House)  -Senate judiciary committee members were discussing the CDV issue, which has been a source of several previous headaches for the GOP.

That’s when Corbin – no stranger to making bizarre statements –  is said to have begun needling his lone female colleague regarding her gender.

“I see it only took me two years to get you wearing shoes,” Corbin told Shealy, who was elected in 2012 as a petition candidate.

By way of explanation, lawmakers and legislative staffers have previously told FITS about statements made by Corbin – statements reflecting his belief that women do not belong in the S.C. General Assembly and should instead be “at home baking cookies” or “barefoot and pregnant.”

“He makes comments like that all the time to everybody – including Senator Shealy,” one Senate staffer told FITS.

Corbin’s latest comments took his sexism to a whole new level, though.

At one point in the conversation – which quickly escalated into a confrontation – Shealy is said to have angrily asked Corbin where he “got off” attacking women.

His response – overheard by numerous lobbyists and fellow lawmakers – was one for the ages.

“Well, you know God created man first,” Corbin said, reportedly smirking at Shealy.  “Then he took the rib out of man to make woman.  And you know, a rib is a lesser cut of meat.”

Calls to Corbin’s office were not immediately returned, but sources close to the 50-year-old  lawmaker tell FITS his comments were part of a “running joke” between him and Shealy.

“He’s just needling her – he don’t mean nothing by it,” the source said. 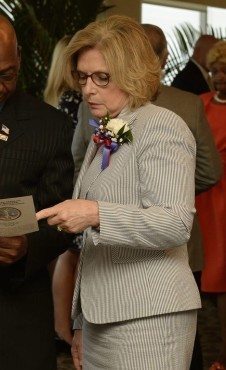 Shealy declined to discuss the matter with FITS – citing its irrelevance to the legislative matter under discussion – but sources at the event tell FITS Corbin did not appear to be joking.  Furthermore, they added that if there really was a “running joke,” Shealy clearly wasn’t in on it.

“She got in his face,” one lobbyist who attended the event said of Shealy’s reaction, adding that at one point “we thought we were going to have to hold her back.”

Shealy has been an incredibly substantive, consistently pro-free market reformer ever since she defeated former S.C. Sen. Jakie Knotts – a fiscally liberal,  “Republican” – in 2012.  She’s taken principled stands for taxpayers – and even taken on her former ally governor Nikki Haley when she thought it was right.

As for Corbin?  He’s got a decent voting record, but the first-term lawmaker continues to marginalize himself by saying ridiculous things in public.

Maybe he’s joking, maybe he isn’t … and he’s obviously got a right to speak his mind like the rest of us … but Corbin needs to recognize right quickly that the fight for expanded individual liberty and economic prosperity is (and always should be) blind to questions of gender, race, religion, sexual orientation or any other determining characteristic that’s got nothing to do with a person’s views on the issues.

Otherwise he will continue to be nothing but a sideshow at the S.C. State House … one with a serious problem heading into the 2016 election cycle.

@fitsnews Gee, I wonder off the top of my head, if I could discern his political affiliation.

@weakSquare @fitsnews This is why we can't have nice things in SC.

.@fitsnews: Good for @KatrinaShealy for confronting Sen. Corbin re: his remarks. It's attitudes like his that help contribute to #CDV prob.

Final Word From College Of Charleston: No Bomb