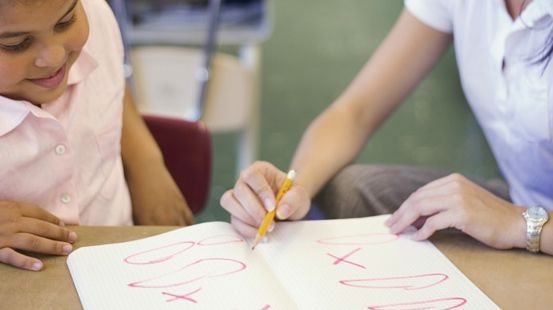 || By FITSNEWS ||  This website has been blowing the lid off of corruption and incompetence at the Jasper County, S.C. school district for years … (to read our most recent report, click HERE).

Well, Jasper is hands-down the worst government-run school district in South Carolina (which is saying something seeing how abysmal our state’s “public” schools are) and we believe it is our obligation to shine a light on its … um … “governance.”

Anyway, it should come as no surprise to FITS readers

What did it do this time?

According to a report in The (Hilton Head, S.C.) Island Packet filed by Sarah Bowman, the district is facing a complaint from the left-leaning S.C. Appleseed Legal Justice Center.  The complaint alleges the district has “denied special-education services to disabled students — violating the federal Individuals with Disabilities Education Act — and subjected them to repeated suspensions and unnecessarily harsh discipline.”

Bowman’s report indicates the complaint was filed with the S.C. Department of Education (SCSDE) – which is about to come under the authority of Molly Spearman, an uber-liberal backer of government school bureaucrats.

What will she do with it?

Probably nothing … which is exactly what S.C. Gov. Nikki Haley‘s administration did in 2013 when it was provided with evidence of fraud, waste and mismanagement at the district.

There’s simply no accountability in this state whatsoever … and in those rare instances in which someone steps up in an effort to expose the truth, this happens.

“Public education” in South Carolina is a $10 billion-a-year bureaucratic gravy train, nothing more … nothing less.

What will [Molly Spearman] do with it?

Ahh, whatever, I’m sure we’ll be OK. SC votes for some fine, upstanding people, surely nothing will go wrong.

This is just not true. Jasper County offers retarded level education to everyone.

There fixed it for you…

We all know sic(k) willie has the solution to all issues facing public education in SC:

The Voucher Scam will fix everything and will cure toenail fungus, warts and chronic bad breath.

Why, Voucher will even win U.S.C. football a national championship.

sic(k) loves to attack SC public schools when they are accused.

But he never comes back when they are exonerated.

And he never praises the fact that SC is home to some of the very best public schools anywhere. Of course, that doesn’t fit with Howie’s Voucher Scam.

You see, vouchers are a scam because they do nothing for the students who need help the most, except leave them further behind.

The Voucher Scam – rob from the poor, give to the vouchers.

Jasper County has gotten exactly what they voted for time and time again, and the results are always the same. Corruption has been rampant and everyone to include SLED, FBI and the IRS (criminal division-wonder what that’s about?) have “launched” investigations into the schools district. SLED’s investigation is so complex that it is in its 7th year and second SLED chief.

Absolutely nothing is going to be done. Clementa will apply the heat at the state level and Clyburn will keep the Feds at bay. You gotta keep the future voters dumb to stay in office!

Meanwhile, the people who actually pay the taxes will send their kids off to Thomas Heyward or Beaufort County schools and contine to foot the bill for the debacle in Jasper County while deriving absolutely no benefit other than a qualified pool of laborers, fast food workers and dope dealers.

Sun City was going to be the game changer for Jasper County. The vote was changing in the wrong direction and was a direct threat to the established blacks in power. Clementa “cut the head off the snake” with the 30% tax increase that his prior cronies on Japser County Council voted on. This made the real estate sales in the section of Sun City that lies in Jasper County come to a screeching halt! No sales, no more educated voters. Nice job Clementa! Mission accomplished!

On the bright side you can get a really good deal on a house in Jasper County. There are many foreclosed and sitting empty. Investors won’t touch them because it takes 4 or 5 months rent to just cover the taxes at the 6% rate.