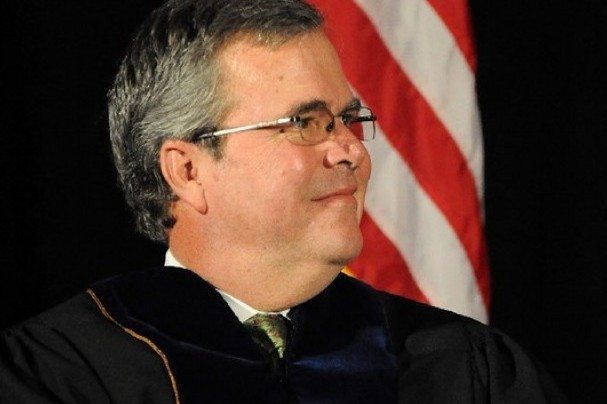 By FITSNEWS  ||  Former Florida Gov. Jeb Bush will “actively explore the possibility of running for president of the United States.”

“Merry Christmas and Happy Hanukkah!” Bush wrote on the social networking giant.  “Like many of you, our family was blessed with the opportunity to gather together over the recent Thanksgiving holiday.  Columba and I are so proud of the wonderful adults our children have become, and we loved spending time with our three precious grandchildren.  We shared good food and watched a whole lot of football.”

“We also talked about the future of our nation …”

“As a result of these conversations and thoughtful consideration of the kind of strong leadership I think America needs, I have decided to actively explore the possibility of running for President of the United States,” Bush wrote.  “In January, I also plan to establish a Leadership PAC that will help me facilitate conversations with citizens across America to discuss the most critical challenges facing our exceptional nation. The PAC’s purpose will be to support leaders, ideas and policies that will expand opportunity and prosperity for all Americans.”

Actually, the PAC’s purpose will be to collect unseemly gobs of special interest money from the “Republican” establishment – and use that money to promote Bush and tear down his would-be rivals for the 2016 presidential nod.

This website has addressed Bush’s presumptive candidacy on several prior occasions – most recently HERE and HERE.

What do we think of him?

Eh … Bush, who led the Sunshine State from 1999-2007, did some good things as a governor.  For example, he consistently embraced expanded choices for parents – a decision which has paid tremendous dividends for Florida school children.

Hell, the average low income child in Florida is now faring better academically than the average South Carolina student … and Bush deserves a lot of the credit for that.

Of course Bush has veered wildly to the left since leaving office – emerging as one of the top “Republican” apologists for Common Core, the federal government’s controversial standardized curriculum.  Bush is also a top GOP supporter of amnesty for illegal aliens – another position that will put him squarely at odds with early-voting “Republicans” in South Carolina.

More problematically, he’s expressed his support for tax hikes … putting him in the same camp as fiscally liberal “Republicans” like Lindsey Graham.  He and Graham area also on the same page when it comes to the perpetuation of America’s failed “neoconservative” global interventionist foreign policy.

“The higher he rises the further he veers to the left,” we wrote of Bush.  “We can’t back someone on such a trajectory … and nor should you.”

And South Carolina … despite our best efforts to the contrary … is indeed that stupid.

“It’s his road to the White House,” former SCGOP chairman Katon Dawson told Politico. “It’s where he rights his ship.”

Meanwhile another old guard “Republican” – Barry Wynn of Spartanburg, S.C. – said all the state’s GOP dinosaurs are ready to rally around Bush’s candidacy.

“I think Jeb has an advantage in South Carolina in that he has an infrastructure that could be resuscitated,” Wynn told Politico, referring to the likes of former U.S. Ambassador to Canada David Wilkins and Florence, S.C. physician and mega-donor Eddie Floyd.