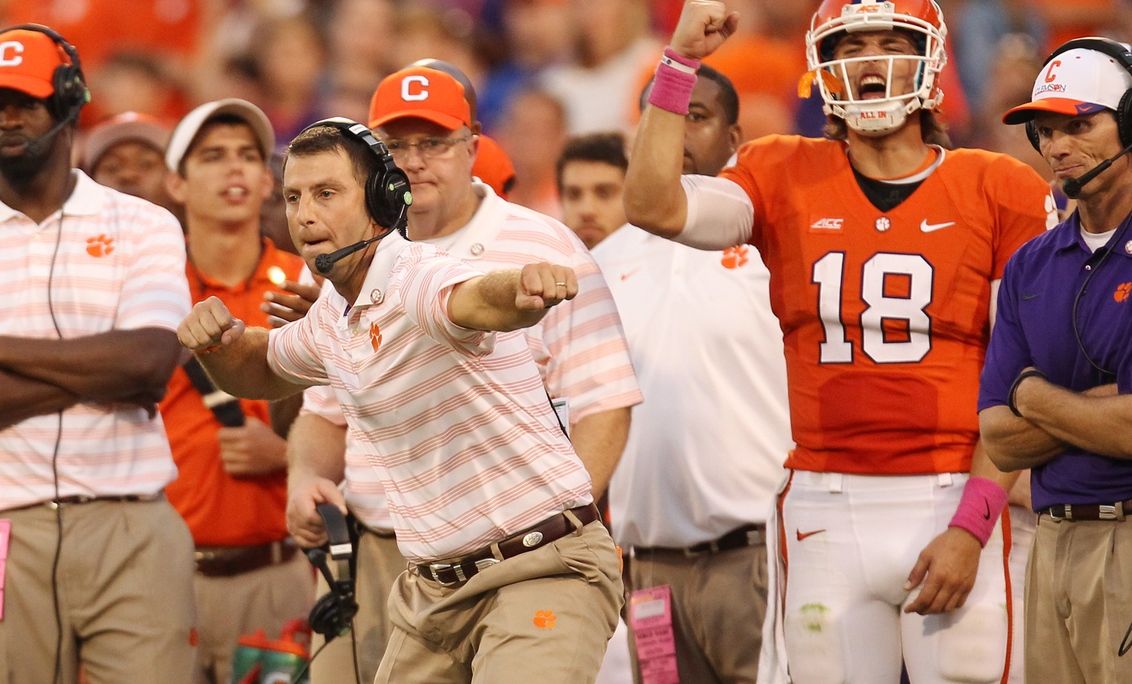 By FITSNEWS || Clemson University head football coach Dabo Swinney is downplaying speculation that he’s a candidate for the soon-to-be-vacant head coaching position at the University of Florida.

But he’s not flat out rebuking the rumor …

“The more you sit around and talk about that kind of stuff, the more of a distraction it is,” Swinney told reporters this week. “I love my job. I just signed a long term contract because of that. And this is a place that’s special to me. And I’ve invested a lot here. My focus is 100 percent on winning here.”

Swinney isn’t considered one of the top tier candidates to replace Will Muschamp at Florida, but his name is among those being discussed (along with Ole Miss’ Hugh Freeze, Oklahoma State’s Mike Gundy, Texas A&M’s Kevin Sumlin and Arizona State’s Todd Graham).

In other news, Muschamp said this week he would like to coach again in 2015 – and South Carolina was one of four teams rumored to be eyeing him as a possible defensive coordinator (Auburn, Florida State and Texas A&M were the others).

Just as we speculated months ago …

“If he wants to coach again next year, I’m sure a lot of people will be after him,” South Carolina head coach Steve Spurrier told reporters this week, although he declined to comment when asked if he was going to be one of those coaches.

@fitsnews I'd rather have Zook back than get Dabo. Sweet Jesus, he couldn't score on an SEC defense with Ron Jeremy pushing.

@fitsnews if Clemson was smart they'd let Dabs go to FL and take Muschamp as head coach. Will is a great coach and actually knows football.