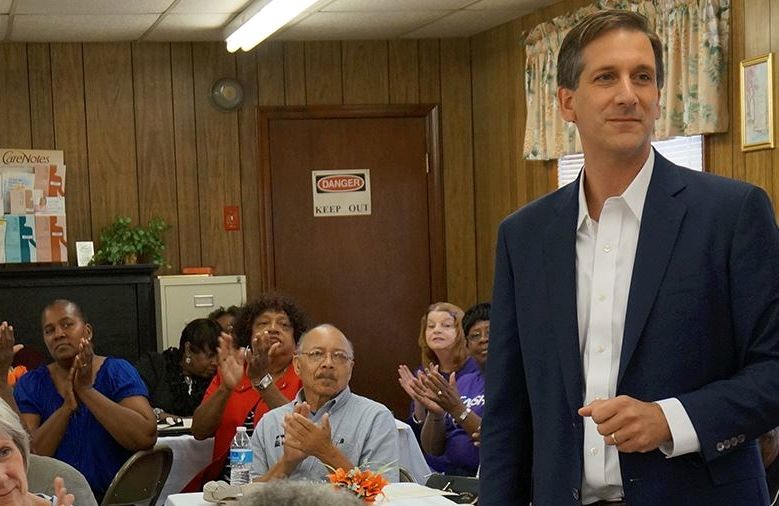 To us, neither party is doing a lick of good on the issues that matter (or should matter) to men and women – specifically the protection of individual freedom and the ability of all Americans to provide for themselves and their families within the free market.

Sheheen – who was already running a perfectly useless losing campaign to “Republican” Nikki Haley – gave the national GOP a big hand in its effort to turn the tables on one of the Democratic party’s favorite narratives: the “war on women.”

But on the way down Sheheen (inadvertently?) called Haley a whore – and then laughed about it.  And then didn’t really apologize for it.

And despite the best efforts of the South Carolina mainstream media to cover the story up … we broke it wide open.  And it became a very big deal.

The veracity of the statement notwithstanding, though, Sheheen should have known better.   And while he got lucky when the lazy and intellectually incurious South Carolina “MSM” took an initial pass on the story, there was no way it wasn’t going to blow up … no matter who was (or wasn’t) pushing it.

In the latest fallout from the gaffe, the Republican National Committee released a video last Friday entitled “Democrats Degrade Women.”  Not surprisingly, it leads with Sheheen’s comment.

Again, this is all silliness – a “him, too” debate which totally ignores the extent to which whores (we’re speaking politically now) in both parties are screwing over the people they were elected to serve.

But silly or not … Sheheen should have known better.  In addition to hurting his already slim chances against Haley, he’s now hurting Democrats across the country with his gaffe.

Len Anthony: Why Nothing Changes

Finally…a war we can win.

You video links recently stream to odd videos after the intended video link. This time a video follows claiming Michelle Obama is a man claiming to be woman. This seems intended to imply that Republicans were responsible for the outrageous video. I bet someone at Youtube did that on purpose to smear Republicans by association.

MIchelle is a woman?

According to the mayor of Houston, you’re what every you choose to claim as your gender.

Those mean old Republicans. They hate everyone. They are all racists and hate women. WOW! Then we turn around and elect a women of Indian decent governor and an AF/AM senator. Damn. we ain’t following the Dim’s rules. LOL
When people finally realize you support, work for, and elect candidates based on what they believe and what they stand for not their color or origin we as a country will be better off. I think someone who was a Republican once said something like that . Something about the content of his heart not the color of his skin, Ring any bells ?

No. Because MLK didn’t identify with a particular party, number one. And Republicans are racists especially in the south. Nikki Haley, Tim Scott, Bobby Jindal are pieces of garbage under different wrapping paper. Their only purposes are to try and branch the gaps with minority voters. Problem is their policies adversely affect minority voters. When you consistently lose the minority vote in presidential by 90+ percent, it isn’t your advertising, it’s your product…

” it’s your product…”…the product they have now seems to have left them in the dust.

Republican policies leave everybody in the dust. Have you looked at the great state of South Carolina?

With the product we have now middle class income across the nation has gone down and poverty has increased.

And both the DOW, and S&P are the highest ever, more residents are insured, unemployment is 5.9 percent, budget deficit is lower than anytime since 2007. Exports are up, foreign dependence on oil has been reduced. Bin Laden has been found and killed. More countries will line up to fight with us now, than ever. You really wanna play this game??

Facts are facts the DOW and S&P are up and middle class income is down and poverty has increased.

Facts are facts the budget deficit is lower since 2007 and the National Debt has doubled in 6 years.

Facts are facts exports are up and foreign dependence on oil is reduced no thanks to the XL Pipeline.

Facts are facts Bin Laden is dead and ISSI is not the JV.

” More countries will line up to fight with us now, than ever.” only if you believe the current product line of propaganda.

WTF!!! “You really wanna play this game??” You mean the game the Dems play of embracing a scorched earth policy against the wealthy (1%) while leading off with the stat about the growth in the DOW?!?! Geez, just more hypocritical banter from the Limousine Left.

WTF!! are you wealthy?? Or are you scraping along while subsidizing rich folks like the rest of us? The difference is you will continue to vote against your interests. Yeah we know, Ronnie Raygun and the trickle down BS that hasn’t worked in 30 years, but will somehow work now.And forget a pipeline, it’s one instances Obama didnt get bent over under the false pretense of compromise, in which he should’ve dropped that fallacy long time ago.

Shut up f@cker, you’ve already shown your hypocrisy in your above statement (I mean are you touting the gains in the DOW, or not?)… let’s face it, your small brain lost, thus, crawl back under a rock…

I’m touting the damn economic gains for the DOW under this President, as opposed to the elephant shit that has been there in the past, while trying to show the irrelevance of your party on any economic issue, AND trying to show that even though you will move heaven and earth to vote for these fuckers their policies will benefit you none. You understand now, or did you attend SC public schools???

With the product we have now middle class income across the nation has gone down and poverty has increased.

Not from any Republican I know of. On race, Republicans have been successfully following the Lee Atwater program for 20 Years. As for women, Republicans have fought women on equal pay, on increased minimum wage, on family leave, on the equal rights amendment, and in the beginning of suffrage, on the right to vote.

Todays Republican party is dominated by social conservatives who believe women should be in the home supporting the career of their husband. Any woman with a brain, should know better than to vote for a Republican. If nothing else have pity on your daughters.

Nothing could surpass the despicable “War on Women” waged by lying Republican and libertarian political operatives against Nikki Haley during the 2010 Republican primary for governor.

It depends of the definition of “whore”.

Haley has none other than Will Folks to thank – not for her inevitable win, but for her impending landslide generated by Folks’ post on this site of the “whore out the door” story. That story will yield the landslide and subsequent “mandate” Haley will claim. Poor Sheheen. It truly was a slip; and the guffaws after? Could any of you have held your composure? It was innocent. But that doesn’t seem to matter to Folks, et al. Along with Haley’s mandate comes the creepy coattails, upon which will ride the likes of Eckstrom and Hammond. Seriously, thank you Will and Fitsnews for ushering 4 more years of the status quo and a ruling party with no accountability (e.g. Mick Zais). The lone bright spot in this election – looks like Molly Spearman gets elected. And at long last we have a democrat in statewide office.