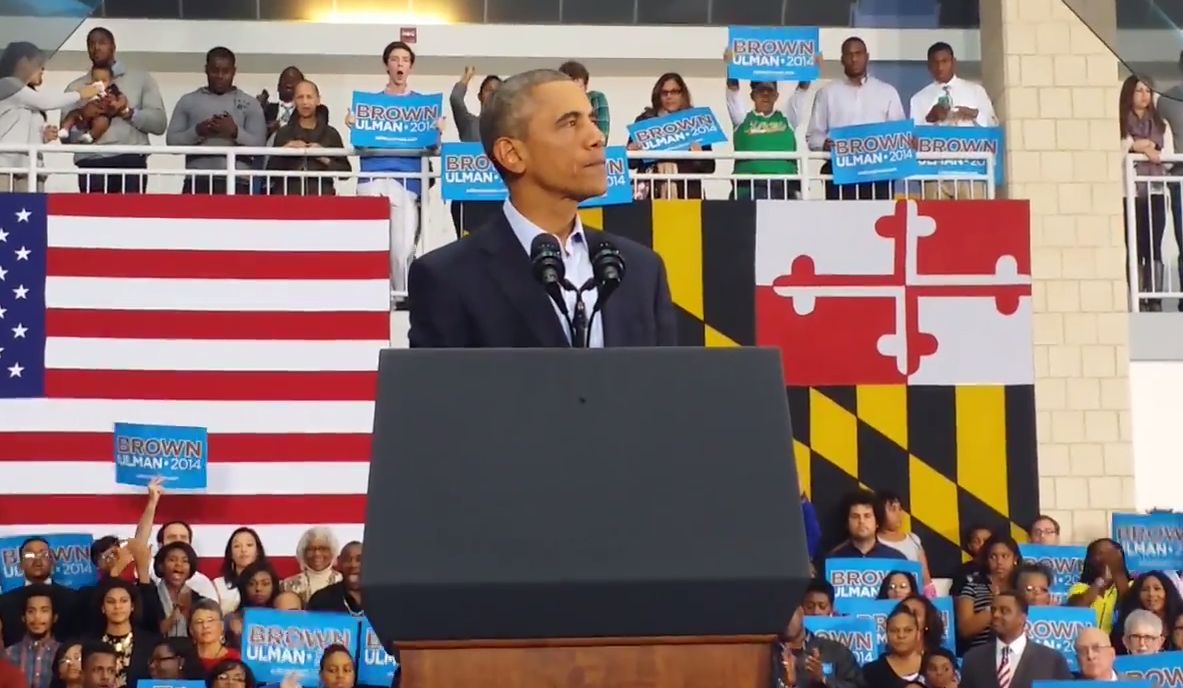 By FITSNEWS || Back in 2008 then-Democratic nominee Barack Obama drew throngs when he spoke … including an estimated 75,000 people at one campaign rally in Oregon.

Everybody loved the promise of “hope and change,” but the reality has proven a bit difficult.

Obama’s crowds have been dwindling of late along with his popularity … and during a speech in Maryland over the weekend one crowd actually dwindled right in front of his eyes.

Obama was in Maryland – a reliably Democratic state – to campaign for lieutenant governor Anthony Brown, who is running for governor.

“Early departures of crowd members while he spoke underscored his continuing unpopularity,” Reuters noted of the exodus at Obama’s Maryland event.

How did the “campaigner-in-chief” – who has made precious few such appearances during the current election cycle – respond to being dissed?

“Obama either ignored or didn’t notice the movement of attendees out of the event,” The Free Beacon reported.

Obama told those who stayed for his speech that Brown would “fight on behalf of those who are middle-class, folks who are working hard to get into the middle class, people who work hard every single day.”

Right … because he’s all about helping “Pookie.”