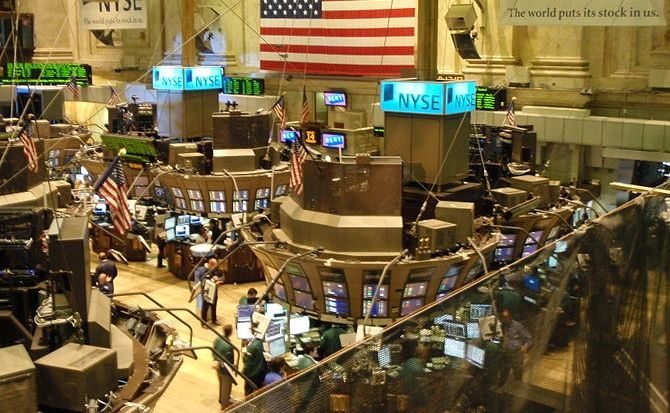 By FITSNEWS || As a palpable fear grips the global economy – which remains stubbornly resistant to all government “stimulus” efforts – U.S. stocks took their biggest nosedive of the year this week.

The Dow Jones Industrial Average plunged by a whopping 335 points on Thursday – shedding nearly two percent of its total value.

The selloff comes one day after stocks soared by 275 points – highlighting the volatility of the market in response to a host of global concerns.  Chief among them?  Slippage in Germany’s economy – which drives the broader European economy.

German exports slumped 5.8 percent in August, the largest drop in more than five years. Factory orders are also down, along with industrial production. What’s driving this decline?  Uncertainty surrounding the Ukraine crisis, which of course was kicked off by an American-led coup of the country’s constitutionally elected government.

Anyway, Germany appears poised for a recession that would likely bring down the rest of the Eurozone.

“”The end game is that Germany is very likely to be in recession — that will bring the rest of the eurozone into recession,” Steen Jakobsen, chief economist at Saxo Bank, told Business Insider. “I think that will be in the first quarter of next year.”