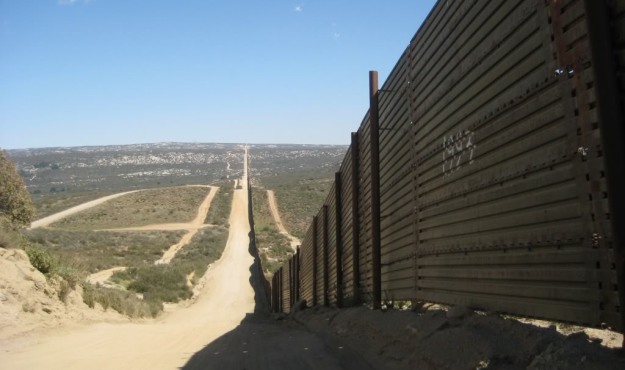 IS THE ISSUE HELPING “REPUBLICANS?”

Conventional political wisdom isn’t always right … sometimes it’s dead wrong.  Then again there are those times when it’s both right and wrong.  Simultaneously.

How is that possible?

Consider the immigration debate … which is generally regarded as a political loser for “Republicans” because it highlights the extent to which the GOP is lily white and racially tone deaf.  Oh, and also on the wrong side of American demographic curve – which saw the white percentage of the U.S. electorate drop to an all-time low of 72 percent in 2012.

“Republican” nominee Mitt Romney won the white vote by a 20 percent margin two years ago – the biggest gap since Ronald Reagan’s 1984 reelection – but it wasn’t enough to win him the White House.

Part of Romney’s problem?  The former Massachusetts governor was a fiscally liberal socialized medicine supporter whose ideology on a wide range of issues was barely distinguishable from the ideology espoused by Barack Obama.

Another part of Romney’s problem was that only one out of every ten voters who supported him was non-white – compared to four  out of every ten Obama voters.  Among Hispanics in particular, Romney tanked – netting 27 percent of the demographic compared to George W. Bush’s 40 percent.

Anyway, the ongoing whitening of the GOP clearly portends diminished electoral returns for the party moving forward (same with Republicans’ wholesale abandonment of the “limited government, lower taxes” mantra). In both cases, the math just doesn’t add up.

But as the demographic trends continue to hasten the GOP’s demise (reflected in its plunging partisan identification numbers), does immigration have the potential to briefly forestall the erosion?

In fact, could the issue temporarily create a surge in GOP support?

Yes, according to a new paper by Marisa Abrajano of the left-leaning Brookings Institution.

According to Abrajano, immigration could conceivably solidify white support behind the GOP to such an extent that “Republicans” enjoy some short-term political benefit.

“If immigration leads to a backlash that not only shapes views on immigration but also alters the basic political orientation of large number of Americans, then the entire direction of American politics hangs in the balance,” she writes. “A broad backlash could lead to increasingly strict and conservative policymaking, shift the balance of power between Democrats and Republicans, and advantage rightward leaning candidates throughout the country.”

Does this mean an end to the GOP’s ticking demographic time bomb? Not really … but it does mean a delay

“Democrats may be loathe to admit it, but it appears as though the GOP’s demographic challenge – often referred to as a ticking time bomb – has a long fuse,” the experts at Market Research Foundation conclude.

Our hope?  That Democrats and “Republicans” both continue giving ground to a rising tide of independent thinkers – people who preach freedom and free markets for all Americans regardless of their race.