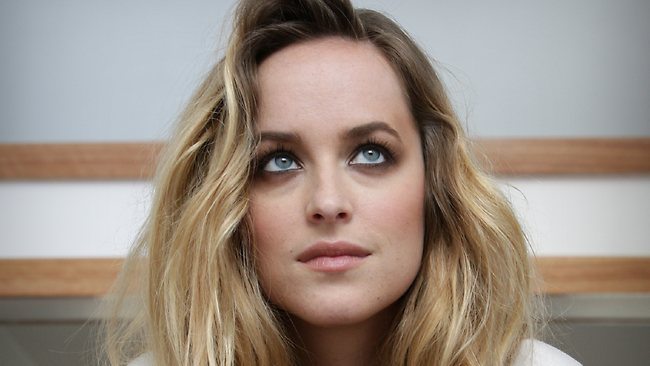 Why all the buzz?

“It’s a trailer that aired on the Today  show,” one of our girlfriends opined. “What did they expect?”

Wanna watch it? Knock yourself out …

“Love (it),” another of our girlfriends said, flashing some heart-eyed emoji for emphasis. “Pissed I have to wait SIX months!!!”

Another was less satisfied with the trailer, saying the forthcoming film “seems pretty tame to me.”

Dakota Johnson – daughter of Melanie Griffith and Don Johnson – will play the part of Anastasia Steele, while Charlie Dornan has been cast in the role of billionaire Christian Grey.  The trailer for the movie is set to a racy re-recording of Beyonce’s “Crazy In Love,” seeking to play up the chemistry between the two co-stars.

During their interview on Today , though, Johnson seemed to pour cold water on the on-screen heat.

“It’s not, like, a romantic situation,” she said. “It’s more, like, technical and choreographed and less … it’s more of a task.”

“Wow!” Dornan responded with a sigh.

So … will you  watch the movie?