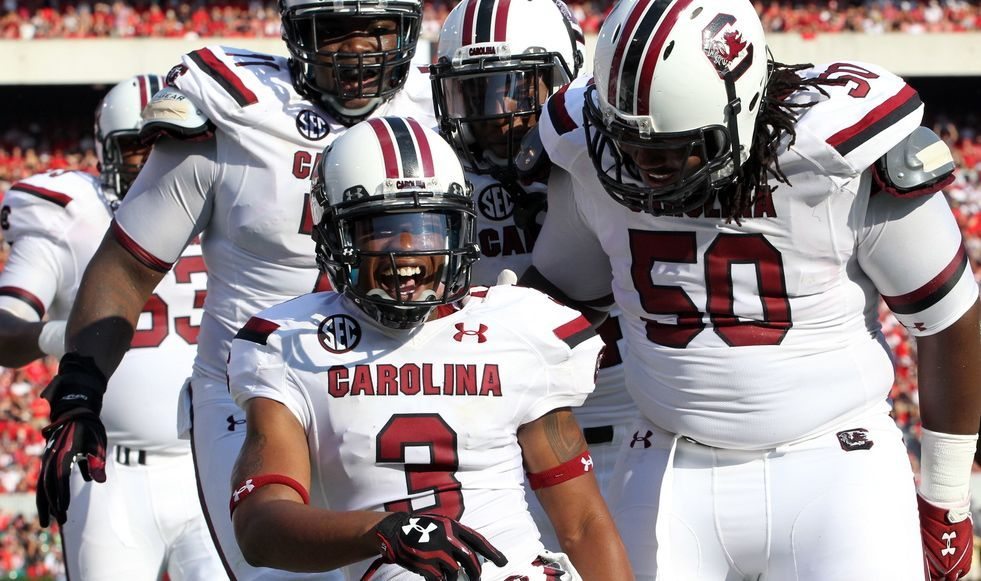 But the Gamecocks have failed to win an SEC East championship over that stretch – coming in second to Georgia (2011), Georgia and Florida (2012) and Missouri (2013).

Will that change in 2014?  Yes … according to the media analysts who cover the powerful Southeastern Conference.

Alabama is projected to defeat South Carolina in the 2014 SEC championship game, although it’s worth noting the media has correctly picked the eventual conference champ just four times in the last 22 seasons – and only twice in the last eighteen years.

Despite being projected SEC East champs, the Gamecocks did not place a single player on the media’s first-team All-SEC squad.  Junior running back Mike Davis and senior offensive linemen A.J. Cann and Corey Robinson were second-team selections, while senior safety Brison Williams was named to the All-SEC preseason third-team.

Spurrier appears to be quite confident heading into the 2014 season despite losing No. 1 NFL draft pick Jadeveon Clowney on defense and Connor Shaw – the winningest quarterback in school history – on offense.

Steve Spurrier: How Much Room To Talk?