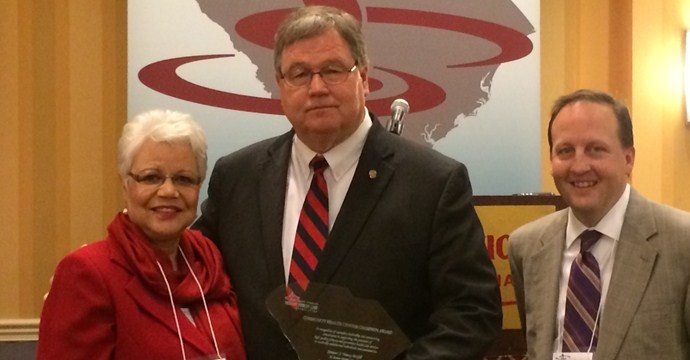 In a rebuke to S.C. Gov. Nikki Haley, no “Republican” was willing to sacrifice their seat in the South Carolina Senate to keep a Democrat from “ascending” to the state’s No. 2 constitutional office.

As a result S.C. Sen. Yancey McGill (sorry, lieutenant governor Yancey McGill) is now a heartbeat away from the governor’s office – well, at least until this largely ceremonial office is filled in January following statewide elections on November 4.

McGill was unopposed in a first ballot vote for president of the State Senate … an influential position he held for barely fifteen minutes prior to the resignation of Lt. Gov. Glenn McConnell (RINO-Charleston), who is leaving the lieutenant governor’s office to becoming president of the College of Charleston.

McGill’s rise to the state’s second-highest office (in the order of succession, anyway) was full of twists and turns … as Haley made it clear to GOP Senators she didn’t want a Democrat to fill this post even on a temporary basis. 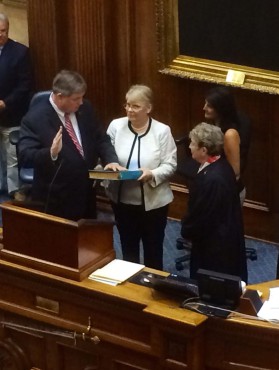 Haley was in the chamber for the swearing-in ceremony, though.

S.C. Senators Paul Thurmond (R-Charleston) and Lee Bright (R-Spartanburg) reportedly considered taking the office at Haley’s request, but ultimately decided against it because they would have had to give up their seats in the Senate.

McGill is happy to give up his seat.  As a white rural Democrat (an endangered species in South Carolina), he very nearly lost his election in 2012 and was likely to be defeated by a black candidate in 2016.

In South Carolina, the lieutenant governor’s office is a part-time post, one that’s constitutionally limited to presiding over the State Senate – rendering it effectively powerless.  That’s why former S.C. Senate president John Courson resigned his position as Senate president rather than “ascend” to the office following McConnell’s resignation.

Want the back story on all the intrigues leading up to this vote?  Read this story …

With McGill’s ascension complete the S.C. Senate now turns to the business of electing a new president – likely to be powerful Senate finance chairman Hugh Leatherman, a former Democrat from Florence, S.C.