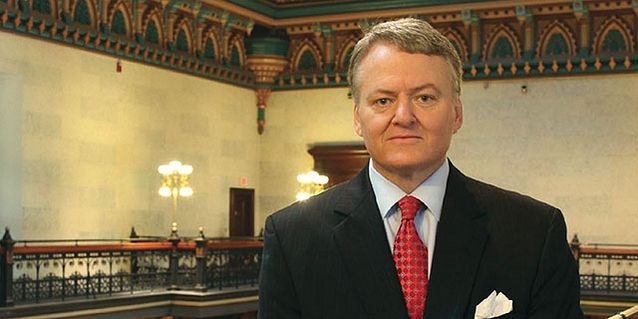 INCUMBENT ONE OF THE FEW WHO HAS “WALKED THE WALK …”

After all, endorsements are like … well, something everybody else has. Ummm … opinions. Yeah, that’s it.

Anyway … endorsing Curtis Loftis in his bid for a second term as Treasurer of South Carolina is the ultimate no-brainer, though. That’s because Loftis is one of those rare public figures who (gasp!) has actually done what he said he was going to do.

Loftis has courageously taken on the state’s underperforming pension fund (a.k.a. the S.C. Retirement System Investment Commission) – and done so at great personal and political cost. In fact you’re reading this endorsement because the leaders of that corrupt fund went out and recruited an opponent to run against him in this spring’s GOP primary election. Otherwise Loftis – who ran unopposed in the 2010 general election – would have run unopposed this go-round.

Loftis has been a one-man wrecking crew when it comes to exposing the pension fund’s failures as well as the shameless self-serving behavior of its corrupt commissioners, led by Hugh Leatherman appointee Reynolds Williams.

Has so-called “reformer” Haley helped him in his efforts? Absolutely not. Her appointee to the commission actually led an effort to censure Loftis – and she’s been working behind the scenes to block an audit of the fund.

Prior to that, Williams led a failed effort to have Loftis removed from his fiduciary role on the commission – desperate to keep bad behavior (and worse results) hidden from public view.

What sort of behavior are we talking about?

Last September, this website exclusively reported on $1.4 million in bonuses paid out to the managers of this $25 billion fund – a surprisingly tone deaf move considering its abysmal performance.

Time and again, Loftis has answered the bell. The guy even kept his famous campaign pledge to drive himself to work … in his own car (unlike other statewide officials).

Listen: Politicians promise voters the world when they run for office. Obama did it. Haley did it. Loftis did it.

The difference? Loftis has kept his promises – Obama and Haley haven’t. Whether you agree with Loftis or not, there’s no arguing that basic point: He’s done what he said he would do.

Whereas most elected officials in Columbia or Washington, D.C. embrace the establishments they previously railed against, Loftis has governed the same way he campaigned – with a principled contempt (and occasional righteous indignation) for the special interests and crony capitalists enriching themselves at the expense of those they are supposed to be “serving.”

The way we see it, there’s a paucity of reasons residents of the Palmetto State should cast their votes in the June 10, 2014 “Republican” and Democratic primary elections – which is probably why most of them won’t cast votes on that date. Sadly, the vast majority of names on both major party ballots are pandering blowhards looking to appeal to the lowest common denominator (which is painfully easy to do in South Carolina).

Curtis Loftis is an exception …

We don’t agree with him all the time on every issue, but he’s one of the few incumbents at any level of government who has resisted the pull of the taxpayer-subsidized establishment and stayed true to the ideals he campaign on.

For that, he deserves our votes … and yours.