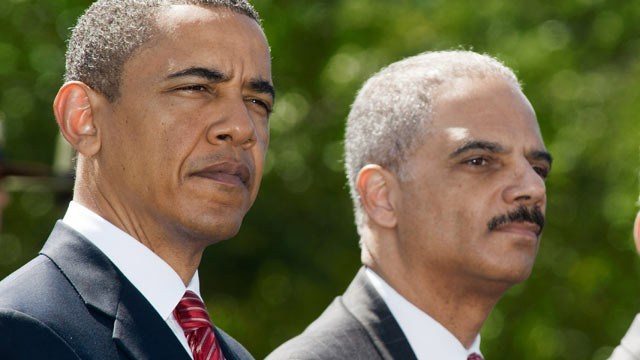 Another day, another Washington, D.C. establishment liberal playing the race card. This time it’s U.S. Rep. Steve Israel (D-New York), who told CNN that the GOP had “significant elements” of racism within its base.

“To a significant extent, the Republican base does have elements that are animated by racism,” Isreal said.

Sheesh … far be it from us to come to the rescue of the ideologically bankrupt GOP, but this reflexive reversion to race as a rationalization for any incoming criticism is getting ridiculous.

Israel’s comments come on the heels of statements made last week by U.S. Attorney General Eric Holder, who bemoaned the “unprecedented, unwarranted, ugly and divisive adversity” that has plagued Washington, D.C. over the last five years.

Last time we checked Congressional Republicans were rolling over for Barack Obama like a pale housewife in an interracial smut film. That’s not “adversity,” people … it’s bending over and taking it.

Seriously … can anyone show us one meaningful example of the Republican Party showing a backbone in opposing the Obama agenda?

As much as we detest the GOP’s “flexible” commitment to taxpayers, though, the repetitive racial allegations from Democrats are growing increasingly wearisome. In fact we discussed this last month when U.S. Rep. Charlie Rangel accused Tea Partiers of being “mean racist people.”

“We’re sure there are plenty of people out there who don’t like Obama because he’s black (well, half-black) … but we’re guessing the real reason most people don’t like him is the piss poor job he’s doing of running this country,” we noted.

Holder has played the race card previously, blaming it for the criticism he received in the wake of the “Justice” Department’s botched 2011 gun-running operation.

“Holder is seeking to shift the blame for his failure while demonizing his critics,” we noted at the time.

He’s doing it again now, hoping the public will focus on his ludicrous allegation as opposed to the rash of scandals he has either participated in or failed to prosecute.

We can’t speak for “Republicans,” but at this website we criticize Obama and Holder because they’re corrupt … not because they are black.