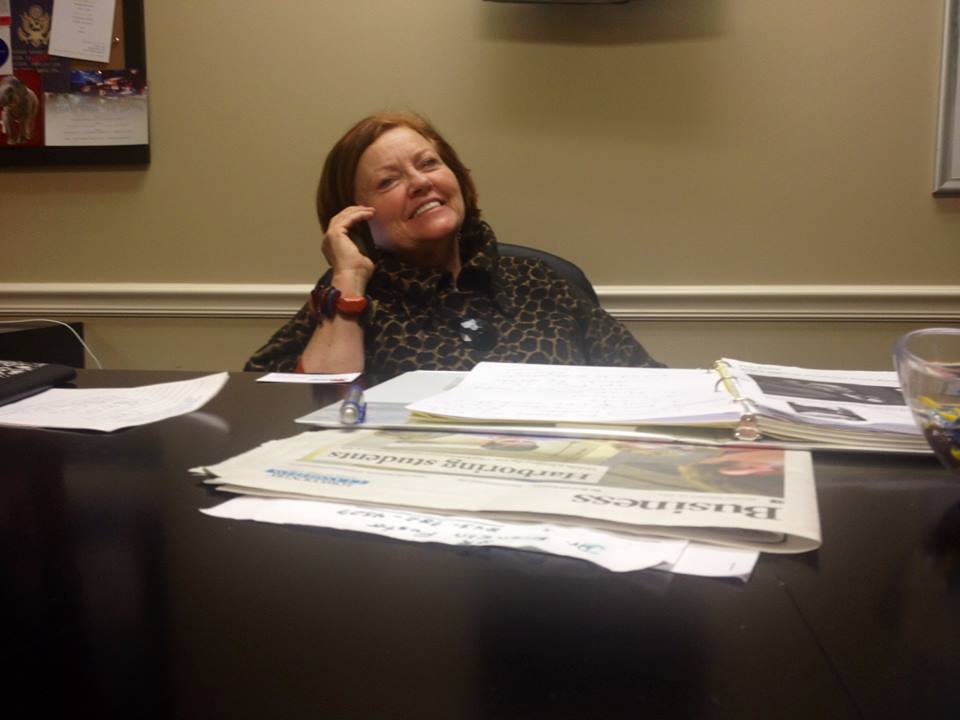 The former Republican National Committee chairman and White House strategist was an establishment hack who preyed on people’s fears to put big government liberals in office. Liberals with “R’s” behind their names.

So, the fact Atwater’s widow – Sally Atwater – is running for State Superintendent of Education doesn’t impress us.

Atwater is a former federal educrat who wants four more years of life on the public dole. So she’s picked one of the most superfluous positions in all of state government to run for – and engaged her husband’s old political network to help her lure voters.

So … is Atwater rebuking her husband’s legacy?

Not at all. In fact she’s embracing it.

“He was creative,” Atwater told reporter McKay Coppins of Buzzfeed. “He always could think out of the box.”

Atwater also reportedly smiled when Coppins asked if negative politics turned her off.

Here, in the late Lee Atwater’s own words, was his “Southern Strategy” for electing Republicans nationally beginning n the late 1980s …

You start out in 1954 by saying, “Nigger, nigger, nigger.” By 1968 you can’t say “nigger” — that hurts you, backfires. So you say stuff like, uh, forced busing, states’ rights, and all that stuff, and you’re getting so abstract. Now, you’re talking about cutting taxes, and all these things you’re talking about are totally economic things and a byproduct of them is, blacks get hurt worse than whites

What a classy guy, right?

Of course as we’ve noted in the past Atwater’s “Republicans” didn’t cut anything … they grew government by leaps and bounds.

And Atwater didn’t disavow his shameful repression of individual liberty until he was struck down by a terminal brain tumor.

Sally Atwater is establishment trash. A recycled Washington, D.C. bureaucrat from a thoroughly discredited wing of the “Republican” party.

There were no compelling reasons to vote for her to begin with … but her refusal to disavow her late husband’s shame is yet another reason to vote against her.

Corrupt Election Official Back In Office