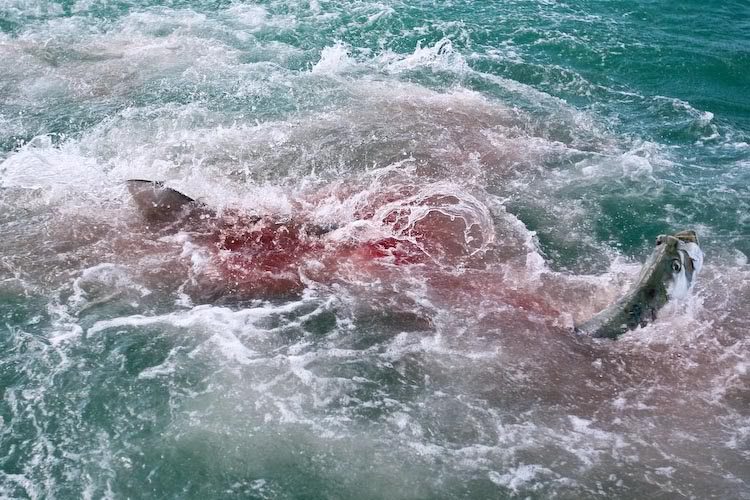 By John Osborne || Like sharks circling around a shipwreck waiting for the crew to abandon ship, Republicans around this nation have been licking their chops, waiting for the moment their delicate prey escapes the bounds of a non-election year. The first of these delicate liberal morsels has been eaten with the viciousness of Mary Lee the great white.

Obama has saddled his congregation of followers with a blood debt – which the American people expect to be paid in full. The payment of this debt has been too cumbersome for some, but others, they believe Obama will save them. Unfortunately he’s just helping chum the waters around the ship.

As ‘she who will not be named’ proclaimed, they are indeed running on Obamacare. Sadly, just not the way she intended.

With such hubris, liberals blindly followed their leaders lying to their constituents passing this job-killing piece of legislation in 2009. Setting themselves up for this swan dive into the deep blue abyss.

Luckily for America, the voters are ready to send these used car salesmen to Mary Lee – and Davey Jones. Like a sacrificial lamb, Alex Sink was the first victim of 2014. If even Florida is this smart, what could happen nationwide?

Hopefully the sharks are hungry, NBC/Wall Street Journal’s new poll suggests the Democrats are running out of time, like the Titanic, this ships going down quick with all hands on board. Democrats like our very own Vincent Sheheen, and Arkansas’s Mark Pryor, will soon be seeing just how toxic the president’s policies are.

According to the poll, the President’s approval rating is at an all time low of 41 percent, making Governor Nikki Haley’s look sublime. Obamacare’s numbers look even worse, 47 percent would be more likely to vote for someone wanting to repeal it, compared to 32 percent who want it. If this doesn’t show the blood in the water, the fact 42 percent of respondents are more likely to vote against someone who the President endorses, compare that to just 22 percent who value the Presidents opinion. Like icing on cake, 49 percent of America thinks Obamacare was a mistake.

So what does this mean for red state Democrats? Unless the GOP found eight Todd Akin’s to run, the Senate is definitely in play. All the spin in the world won’t be able to change the fact Democrats who support, or voted for Obamacare are going down, hard.

John Osborne is a military veteran and a recent graduate of the University of South Carolina.