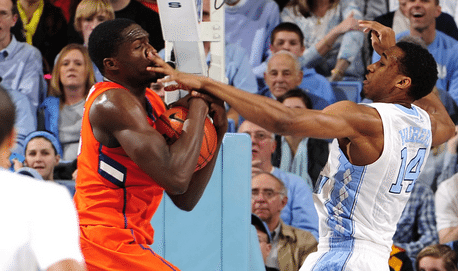 CLEMSON FALLS ON THE ROAD TO NORTH CAROLINA … AGAIN

This was supposed to be the year “the streak” finally ended …

And no, we’re not referring to Clemson University’s five consecutive football losses to its arch-rival, the University of South Carolina.  This is a much longer sustained demonstration of ineptitude.

Clemson has been playing men’s basketball in Chapel Hill, N.C. dating back to 1926, but has never beaten the University of North Carolina on its home court.

For those of you keeping score at home, that’s never … a streak which stretched to an NCAA-record fifty-seven consecutive losses this weekend when a struggling North Carolina squad cruised past a resurgent Tiger team for one of the streak’s most unexpected wins.

“North Carolina is heading down what could be the worst season in program history under the direction of Roy Williams,” the Fansided website Keeping It Heel noted before the game. “On the other hand, Clemson is having the best season in sometime that the program has seen in recent history.”

Indeed … the stars seemed to have aligned for Clemson, which had lost 24 of its last 26 games in Chapel Hill by double digits. But this North Carolina team was ripe for the picking … having just lost to Virginia and falling to 1-4 in ACC play for only the second time in program history.

The Tigers have come close to ending the streak before – losing by one point to the Tar Heels in Chapel Hill in the 1935-36 and 1973-74 seasons. More recently – during the 2007-08 season – they enjoyed a double-digit lead with four minutes to play before coughing it up and falling 103-93 in double overtime.

Yeah … sorry we brought that up, Tiger fans.

Will Clemson ever win a game in Chapel Hill? No. Probably not.