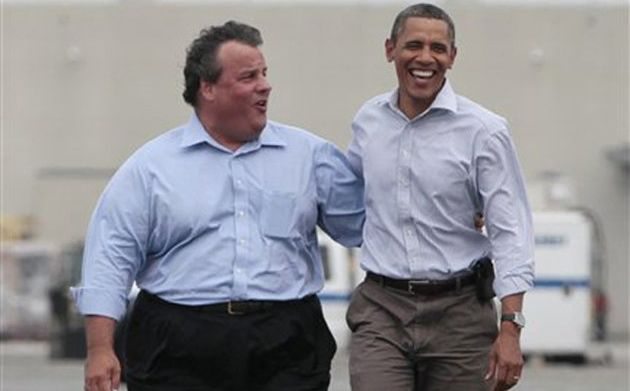 New Jersey Gov. Chris Christie – the “Republican” establishment’s top choice for the 2016 presidential race – has a major scandal on his hands.

ICYMI, Christie’s aides were busted shutting down access ramps to the George Washington Bridge in an effort to create deliberate gridlock in Fort Lee, New Jersey (home to a Democratic mayor who refused to endorse Christie’s 2013 reelection bid).

Not surprisingly Christie is doing everything within his power to distance himself from the scandal – apologizing, firing people and protesting ignorance of the nefarious plot (a.k.a. Barack Obama’s signature move).  But even if Christie was “ignorant” in this particular case (which we highly doubt), he’s still got a problem.

Writing for The Week, Marc Armbinder explains Christie’s fundamental problem by referencing Double Down –  a book about the 2012 campaign.

“Double Down‘s Christie was megalomaniacal, self-possessed, and obsessed with reciprocity: You do well by him, and he’ll do well by you,” Armbinder wrote. “You fundraise without his permission in New Jersey, and he’ll cut the donors off. Loyalty trumped all. If Christie perceived you as disloyal, you were out of his inner circle. That’s in passive voice because Christie would leave it to his lieutenants to enforce this code of honor.”

Personally, we prefer “neither.”  We prefer leaders who put the best interests of individual citizens and taxpayers ahead of rewarding their enemies or punishing their enemies … but then again we frequently expect too much of people.