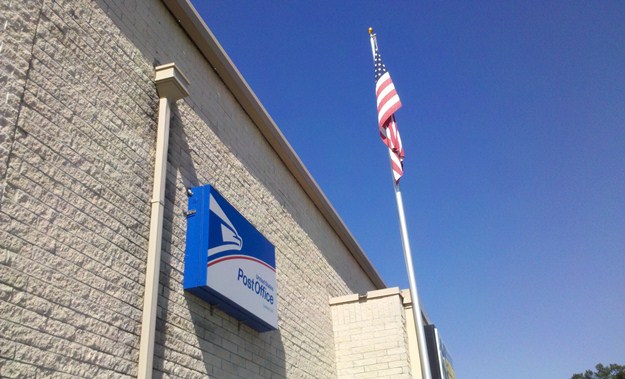 Beginning on January 26, the cost of mailing a first class letter will climb by a penny (from 46 to 47 cents) – although the agency could get approval for a three-cent hike to 49 cents. It may also win approval of a one-cent hike in the price of mailing a post card.

Assuming postal bureaucrats get their way – we’re talking about a $2 billion tax hike on the American people.

The agency – which has lost $21 billion over the last two fiscal years – has been bleeding cash despite recent rate hikes and massive bailouts from the very taxpayers they’re ripping off.

It’s time for the insanity to stop. The USPS should be privatized … tomorrow. In fact it should have been privatized many, many, many yesterdays ago.

Instead, Congress has continued to dole out massive retirement packages – while banning layoffs at the grossly mismanaged agency. As a result, more than 80 percent of the Post Office’s expenses are devoted to labor costs. By comparison, only 32 percent of FedEx’s expenses are labor-related.

Raising stamp prices is not really a tax increase, it is increasing the cost of a service. You also left out that the postmaster is asking to cut labor costs as well. Of course, this is ignoring that a good bit of this is manufactured due to having to prefund health benefits for retiring workers for the next 75 years.

Every reasonable person has to admit that not only has the Constitution failed, it’s a document that at over 200 years old contains some things no longer relevant today.

It’s time for another Constitutional convention to re-think the whole thing. It’s pretty much ignored much of the time now anyway.

#2. She returned the pot without a crack.

#3. The pot was cracked before she borrowed it.

#4. It was an worthless pot anyway.

Did you borrow the Constitution?

That’s not a big deal.When’s the last time you mailed a package,internationally? I used to be able to send a 4+ oz package to the UK for $5.00,now it’s $15.00.This has forced many small businesses to stop exports,or pass the increase on to their customers…

I know one man who’s been running an online business for over a decade,and relied heavily on international sales.He’s going out of business,soon.

UPS and Fed Ex are far more expensive,and not an option.

Uh, the Postal Service basically is private. It receives no money from the Feds. The feds do, however, have some say so over how the Post Service is run, creating havoc for the USPS.

You don’t have to use it and I seldom do. Now if we could just get the junk mail stopped.

UPS and FedEx take the cream of the crop and leave everything else to the Post Office. Try taking that stack of 100 Christmas Cards to FedEx and ask what they will charge you to deliver them.
Idcydm, is wrong. It will cost the average small business thousands of dollars a year if the US Postal Service went out of business. It would cost large corporations hundreds of thousands a year. The vast majority of business mail is through the US postal service at a very low cost.
Congress has tied the Postal Services’ hands so that it cannot compete with UPS and FedEx and also required them to overfund their retirement plans.

Jan, what did I say that was wrong? Did I say the USPS should go away, no I did not. The fact is you have an option, sorry you don’t like that option, use the USPS all you want, it’s your option, I opt not too. For all that junk mail I get, it’s double waste, one..the cost to the business sending it to me, two…it goes in my waste basket unread, unnecessarily adding to the landfill.

So Jan I am no more wrong than you.

You throw your junk mail in the trash? Not a good idea. Better to shred or burn.

What makes you think it’s not shredded?

Sorry, I should have been able to read your mind…

Should have said thanks to begin with anyway thank you.

No problemo. I don’t shred but I have a nifty 55 gallon steel drum that I converted to a burn barrel.

Stop whining. There ain’t one private entity in the world that could or would provide the service the USPS does for as low a cost.

I like Fits news and read it often. But once in a while they come out with something so poorly thought through, like this article, that it puts all the others in question. Get your facts straight and get off the ideological wagon. Report it as it is and do your research. Otherwise, you are just another news source without much credibility.

Fits, like Fox, is part of the Fake News industry. Its what they do. If you expect otherwise, you are fooling yourself.

Not really a tax hike in the traditional sense. Rather, it is a reaction to the inflation of the dollar.

Haven’t you heard? there’s no inflation. Obama said so.

How is this a tax increase?

Try sending that Hallmark Christmas Card to your beloved “Aunt Ruby” via United Parcel Service or FedEx with your own money (not the company account in your mail room) from Spartanburg to New York City or Boston, (let alone San Francisco).

LOL where are the atheist, shouldn’t they be taking the USPS to court for sending Christmas Cards around the world?

There are so many holes in this post, alas my fellow citizens have pointed them out. Me thinks it was a slow news day for red meat stories.

To go off on a tangent here I would like to offer some information regarding my experience with the USPS. For 10 years I made a full-time living selling books on Amazon. During that period I sold just over twenty thousand books. My Amazon customer rating was 99.6%.

The service given to me over the years by the Adams Run, Goose Creek, and North Charleston post offices has been superlative. Of the 20,000 parcels I sent via USPS over the years I may have had problems with 10 or 15 mailings. I suspect that half of those packages were lost and another half was due to customer fraud.

I met, and still see, some very nice, hard-working, and quite dedicated postal clerks. I especially like the ones who laugh at my stupid puns.

Note: Some folks may call my testimony “anecdotal.” Researchers refer to “anecdotal” as “not data” because it only pertains to one person’s experience. I would counter, however, that 20,000 transactions is considerable data indeed.

I would agree. My web store, 10 year anniversary in progress, has relied on USPS Priority mailings for unbroken deliveries. The problem for the USPS is PENSIONS. South Carolina as well as other states/municipalities must separate themselves from pension plans they can not possibly fund.

I actually agree with you about this. The USPS is a pile of crap and incompetence. Delivering mail and packages should not be so darned expensive, and the system should never be in the red.

You have no clue what you are talking about.