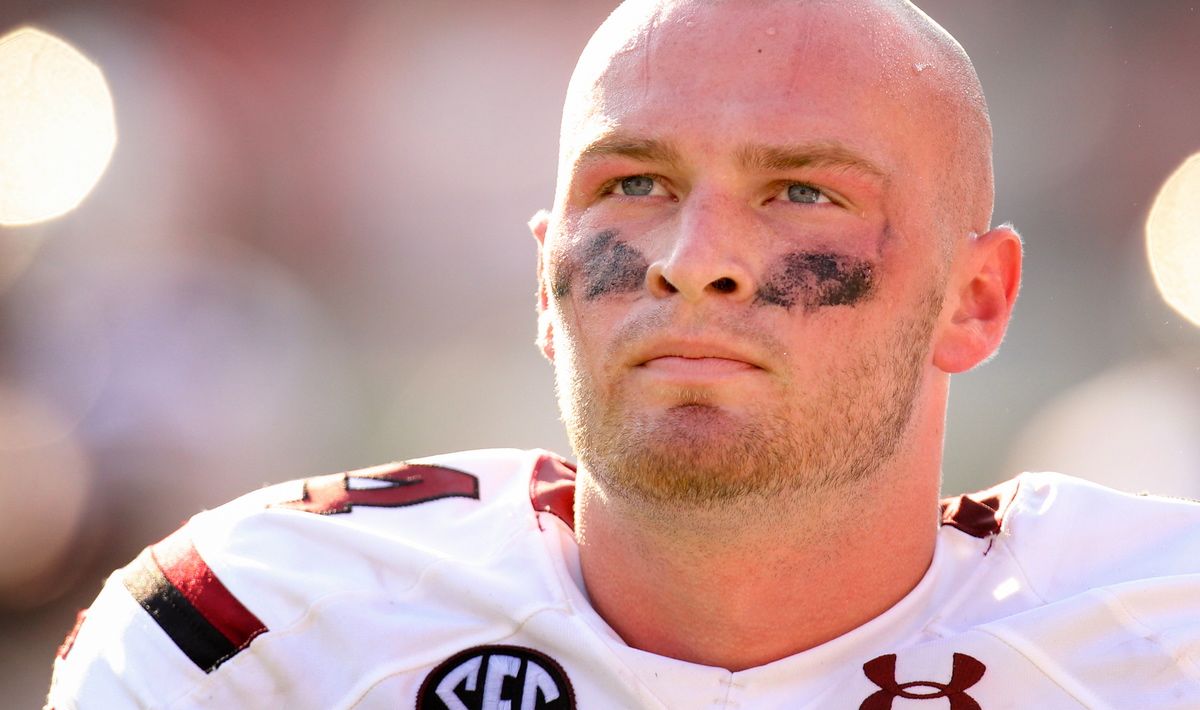 University of South Carolina quarterback Connor Shaw will start this weekend when the No. 12/13 Gamecocks welcome three-touchdown underdog Kentucky to Williams-Brice Stadium … but should he?

For those of you who don’t remember, Shaw hurt his shoulder in last year’s season opener against Vanderbilt and missed the Gamecocks’ next contest against East Carolina. When he played the following week against UAB, he took a brutal hit on his shoulder and did not return to that game.

This year’s injury – which also affected Shaw’s right throwing shoulder – was sustained on the opening drive of the Gamecocks’ 28-25 win over Central Florida. And while the play didn’t look especially serious … it knocked Shaw out of the game and was originally expected to sideline him for 2-3 weeks.

We’re not going to second guess South Carolina’s medical staff when it comes to clearing athletes to play … and there’s obviously no questioning Shaw’s will to compete. But should Spurrier do the smart thing and let backup Dylan Thompson (who has proved himself as a starter) carry the load against the Wildcats?

More to the point … should Spurrier simply let Thompson feed the ball to tailback Mike Davis all night?

Seriously … South Carolina has the SEC’s No. 2 rusher going up against the next-to-worst rushing defense in the conference. Just “let the big dog eat …” and save your starting quarterback’s strength for a brutal three-game conference road trip that kicks off October 12 against Arkansas.

What do you think? Should Shaw start? Vote in our poll and post your thoughts in our comments section below …

I wish he would sit to be better prepared for next weekend, but I don’t blame him for wanting to play in one of the last games of his career. He just needs to stay in the pocket longer, run towards the sidelines and throw the ball out of bounds when necessary.

Spurrier needs to find Garcia, and they need to take Shaw out on the town and show him how to properly prepare for games & interviews.

Shaw shouldn’t push it, at the very least sit back and see if Dylan can handle things (which he should be able to do).

Careful, Fits. You’re getting awful close to Ron Morris territory here. Spurrier may be coming after you next.

if only the whole team looked that fine…

That IS what he was recruited for right?

I don’t think the Kentucky defense can hurt anyone.

I am amazed at the number of psychics who can read Steve Spurrier’s and Connor Shaw’s minds. Spurrier’s weakness – if this is one – is that he is loyal to his players. Shaw will play if Shaw wants to play. If he doesn’t feel like he can, he won’t, but it won’t be Spurrier’s decision. Now, if he goes in and he can’t cut it, Spurrier WILL take him out, but only after three interceptions – that’s loyalty.

I wish the defense had the guts that Shaw does!