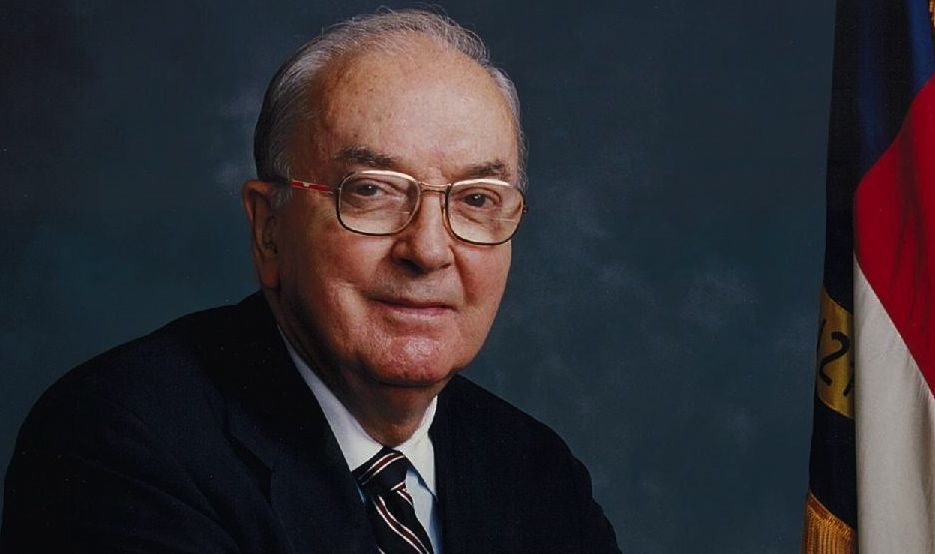 We’ve known S.C. Sen. Lee Bright (R-Spartanburg) is a moron for some time. But he has an unimpeachable pro-taxpayer, pro-liberty voting record – so we’ve generally tolerated his intellectual incuriosity.

Having said that it was only a matter of time before Bright said something truly ridiculous in his U.S. Senate bid (you know, the campaign he claims Jesus Christ personally told him to launch).

“If you elect me to the Senate, you will think Jesse Helms has rose from the dead,” Bright told the Associated Press.

For those of you unfamiliar with Jesse Helms, he was a former segregationist Democrat from North Carolina who became a Republican when it served his political ambitions. During his thirty years in the U.S. Senate from 1973-2003 Helms was best known as a racist and a homophobe – not to mention a global interventionist of the first order. He supported the Patriot Act, the War in Iraq, the creation of the U.S. Department of Homeland Security and voted “aye” on numerous deficit-busting budget proposals.

And while Helms had more of a backbone on fiscal issues than most of his GOP colleagues, his pro-taxpayer advocacy was wildly inconsistent – usually based more on personal grudges than any allegiance to the free market.

And while he detested “foreign aid,” Helms made a career for himself picking winners and losers overseas with our money. In Chile, he supported dictator Augusto Pinochet – who launched the “Caravan of Death” following his 1973 coup d’etat. In El Salvador, Helms supported Roberto “Blowtorch Bob” D’Aubuisson Arrieta – a mass murderer/ torturer who derived his nickname from his favorite interrogation device.

Of course Helms refused to disavow D’Aubuisson – even when confronted with evidence of his tortuous depravity.

“All I know is that D’Aubuisson is a free enterprise man and deeply religious,” Helms said.

This from Helms – who was a supporter of the 1989 Savings and Loan bailout which cost American taxpayers an estimated $175 billion over the course of the next decade. Speaking of pouring tax money down the drain, Helms was also a vigorous proponent of America’s failed “War on Drugs” as well as its ongoing economic embargo against Cuba. In fact he was the father of a wasteful Cuban propaganda boondoggle which continues to this day …

Is this really the ideology Bright wants to resurrect?

We certainly hope not …

Jesse Helms discriminatory brand of sanctimonious moralizing and selective taxpayer advocacy is one reason the Republican Party is dying a slow and agonizing death right now. If Bright weren’t such a dim bulb, he would recognize he needs to repudiate “Republicans” like Helms – not vow to carry on their legacy.

US Senate Will Fight For Obamacare