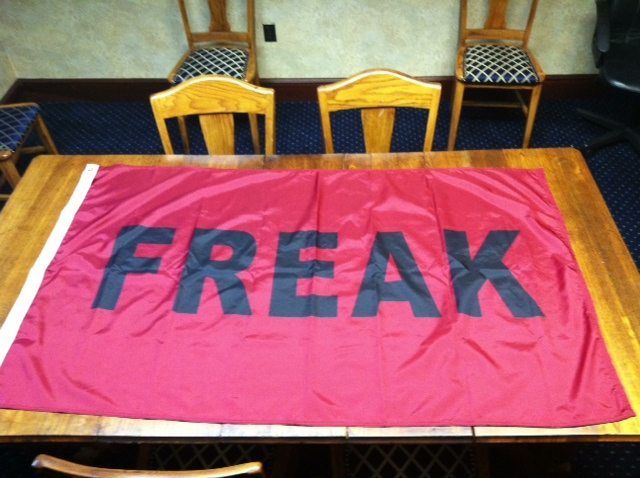 The legend of Jadeveon Clowney grows. Within the last week the University of South Carolina superstar was the subject of a New York Times feature (here) as well as an ESPN special in which virtually everyone interviewed referred to him as a “freak.”

As in “freak of nature.”

Seizing upon this nickname, several USC fans are preparing to honor Clowney with his own flag … a garnet banner with the letters “F-R-E-A-K” emblazoned in black.

How cool is that!

Clowney enters 2013 with more hype than any player in the University of South Carolina’s 120-year history – and more hype than perhaps any defensive player in NCAA history. The 6-foot-6, 274-pound defensive end is a legitimate threat to win the Heisman Trophy, and is likely to be the No. 1 pick in the NFL draft next spring.

Can the 20-year-old superstar live up to all of the advance billing?

So far Clowney has exceeded all of the lofty expectations set for him – earning unanimous All-American honors in 2012 with a school record 13 sacks and 23.5 tackles for loss. Oh … and he accomplished all of that without being in tip top shape.

This year Clowney says he’s ready to play 100 percent on every down … which could give a whole new meaning to the term “freak.”