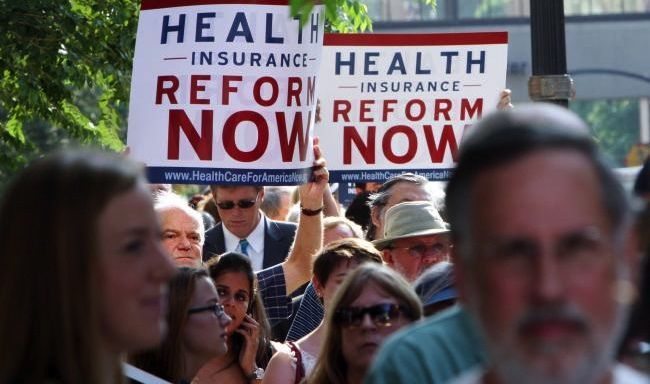 S.C. Senator Vincent Sheheen (D-Camden) made a critical tactical error earlier this year in endorsing the Medicaid expansion associated with Barack Obama’s socialized medicine plan. In fact Sheheen’s fateful decision could cost him his chance to defeat S.C. Gov. Nikki Haley in next year’s rematch of their 2010 gubernatorial race.

Allow us to explain: Given the extent to which Haley – a “Republican” – has been ballooning the state’s Medicaid rolls since taking office, Sheheen had a golden opportunity to get to the “right” of the governor on a critical spending issue. And he could have done so while telling his Democratic base he was still committed to “responsible Medicaid expansion.”

That, in a nutshell, is how you win elections.

For those of you keeping score at home, the Obamacare Medicaid expansion – which failed to pass the S.C. General Assembly this year – would have added approximately 545,000 new beneficiaries to the state’s already bloated Medicaid rolls over the next seven years (sixty percent of which would have likely gone on the taxpayer dole within the first year). Along with other growth, this expansion would have ballooned the state’s Medicaid population from its current level of 1.1 million to 1.7 million by 2020. Of course under the Haley administration – which has spent more than $60 million of your money expanding Medicaid – 130,000 new beneficiaries are being added to the rolls this year alone.

That, in a nutshell, is how you lose elections.

This week, the S.C. Republican Party (SCGOP) launched the first of what we suspect will be many salvos from many directions over Sheheen’s boneheaded decision. Seizing on a report from the S.C. Department of Insurance (SCDOI) showing rising health care premiums in the Palmetto State associated with Obamacare’s implementation, the SCGOP issued a press release decrying the “Obama-Sheheen health care disaster” and the “Obama-Sheheen health care takeover.”

“Vince Sheheen has spent four years supporting Obamacare, and now the people of South Carolina are stuck paying for it – to the tune of an insurance hike of up to 70 percent,” SCGOP chairman Matt Moore said in his party’s release.

Ah, “Obama-Sheheen.” The once and future Democratic gubernatorial nominee should probably get used to hearing that line again, and again and again (and again).