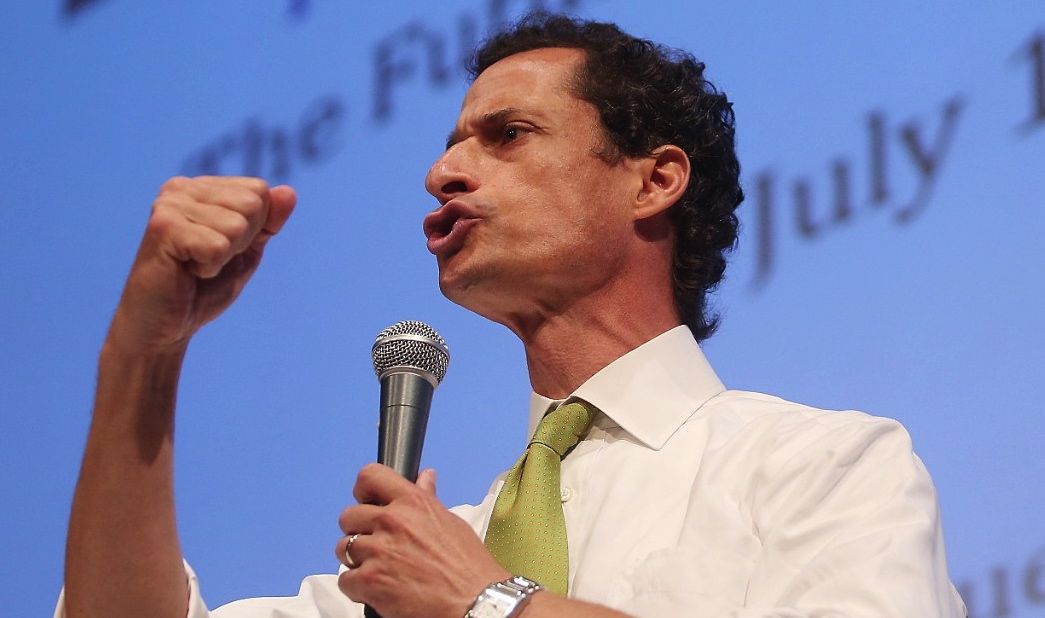 “I want to bring my vision to the people of the city of New York. I hope they are willing to still continue to give me a second chance,” he said.

Weiner made the announcement at a press conference responding to his latest “sexting” scandal – one which apparently didn’t end until April of this year. Using the alias “Carlos Danger,” Weiner engaged in extended X-rated banter with a 23-year-old “state-level blogger.”

While the exact dates of the exchanges are not yet confirmed, the virtual tryst comes well after the 2011 sexting scandal which forced his resignation from the U.S. Congress.

The New York Times has already called for Weiner to exit the mayoral race, saying he “should take his marital troubles and personal compulsions out of the public eye, away from cameras, off the Web and out of the race for mayor of New York City.”

For once, we agree with the Times.