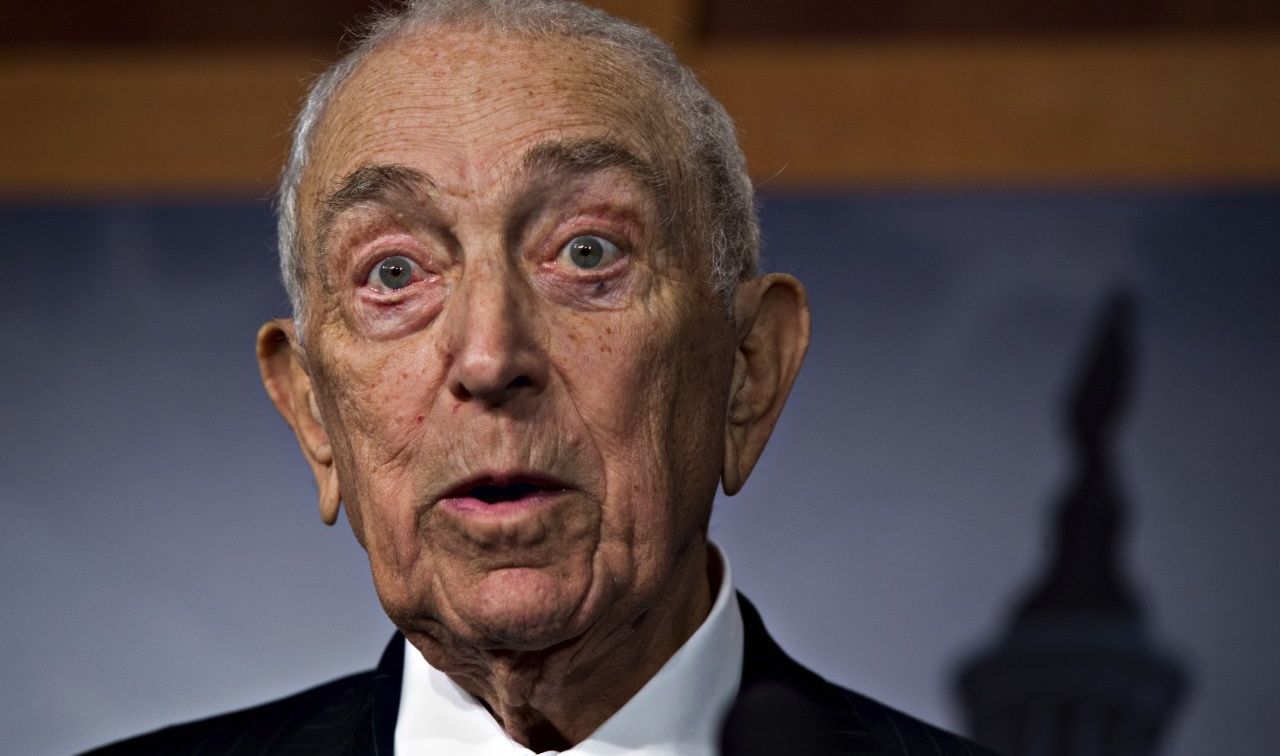 Uber liberal U.S. Sen. Frank Lautenberg (D-New Jersey) died this week of complications from viral pneumonia. He was 89 years old. And while we know it’s impolite to speak ill of the dead – particularly veterans – we’re not going to kiss this guy’s ass on the occasion of his timely demise.

Lautenberg is one of the main reasons America is in such terrible shape. Like U.S. President Barack Obama, he was an anti-freedom, anti-free market welfare statist/ crony capitalist waster of other people’s money – not to mention the father of subsidies for government railroads and the architect of the national drinking age.

A reliable vote in support of tax hikes and spending increases, Lautenberg was also a hard core social liberal – going so far as to support the gruesome practice of partial birth abortions. Additionally, he was one of the Senate’s most aggressive anti-Second Amendment advocates – and received a perfect score from the NAACP for his support of the racist policy of “affirmative action.”

In fact next to the late Ted Kennedy of Massachusetts, no member of the U.S. Senate had a voting record further to the left of Lautenberg – which is why you won’t see us shedding a tear for him.

Lautenberg’s interim successor will be appointed by New Jersey Gov. Chris Christie in anticipation of a special election – at which point this seat will be filled by some other uber-liberal Senator later this year.

Oh … and while the liberal press is making a big deal about Lautenberg being the last “World War II” veteran in the U.S. Senate, dude was in the Signal Corps (a.k.a. one step behind the Michael Haleys of the world, but one step ahead of “veterans” like U.S. Sen. Lindsey Graham).