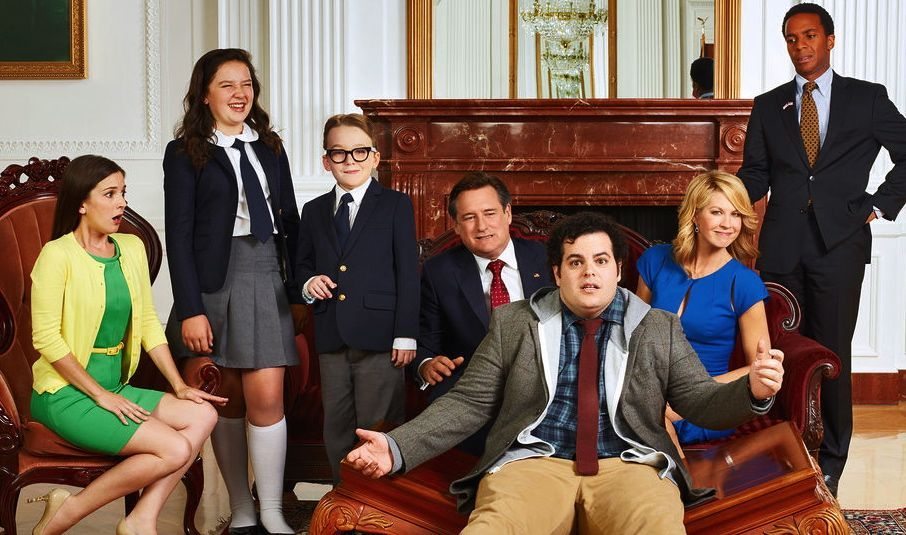 NBC’s White House-based situation comedy 1600 Penn was canceled by the network today after just one season. Why? Because nobody was watching it, that’s why …

The show’s season finale – which aired in late March – earned a dismal .7 percent rating and a 2 percent share among the coveted 18-49 year old demographic, according to Neilsen. A ratings point represents one percent of the total number of U.S. television homes (114.2 million, at last count). “Share,” on the other hand, represents the percentage of actual television sets in use tuned into a specific program during a given time slot.

Anyway, 1600 Penn popped on our radar precisely once – when we wrote about an episode of the show that portrayed Southerners in typical Hollywood fashion. Specifically, the show guest starred actor Stacy Keach as a wheelchair-bound U.S. Senator named Strom Thoroughgood – a thick drawled, pork barrel lovin’, bigoted caricature. Then there was his ditzy and equally intolerant wife, ‘Bunny’).

The episode, we wrote, reinforced “the tired old stereotype that Southerners are nothing but a bunch of spiteful intolerants who are in turn led by a bunch of spiteful intolerants – particularly those of us residing here in the Carolinas. And particularly those of us who dare to question left-of-center policies embraced by Hollywood’s chosen one – U.S. President Barack Obama.”

Of course there was a good reason 1600 Penn embraced Obama … one of his former speechwriters, Jon Lovett, was its executive producer.

Why did 1600 Penn have to resort to such stereotypes and thinly veiled political advocacy?

Because it wasn’t funny. Seriously, it was show about a fat kid goofing off, and when that shtick ceased to be amusing … well, not even the lovely Jenna Elfman made the show worth watching.

So good riddance to bad rubbish … and let’s raise a glass to the marketplace of ideas.