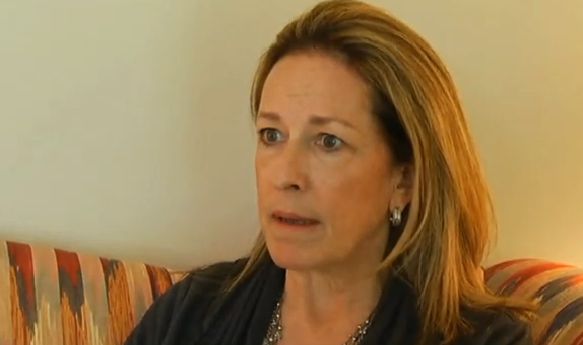 Democratic congressional candidate Elizabeth Colbert-Busch ripped into her opponent in an emotional, election eve interview addressing her 1988 arrest on contempt of court charges.

In the exclusive interview with WCBD TV 2 (NBC – Charleston, S.C.), Colbert-Busch says that “Mark Sanford and his allies have been trying to release (information on her arrest) for some time.”

“I want to protect my children so … didn’t want to bring it up, talk about it …  but since it’s out there let me tell you about it,” she says of the incident.

“Twenty-seven years ago I left an abusive marriage,” Colbert-Busch told WCBD, her voice cracking with emotion. “I left because I had to protect myself and my children. I went to court to try and get help and during that time the judge became very frustrated with the situation – and that’s how I wound up where I was.”

Colbert-Busch called the release of her arrest record a “pathetic, desperate display of behavior” on the part of the Sanford campaign.

She also specifically blamed Sanford, saying she “absolutely” believed he was involved in releasing the information.

“Mark and his allies are responsible for this,” she said.

Incidentally, the interviewer references FITS’ original report on Colbert-Busch’s arrest toward the middle of the clip in an effort to get her to elaborate on the incident – however she provides very little in it

“My ex-husband lied and said that I was keeping the children from him,” she says. “When I stood up and said that wasn’t true, in fact was a lie – that’s when the judge got frustrated.”