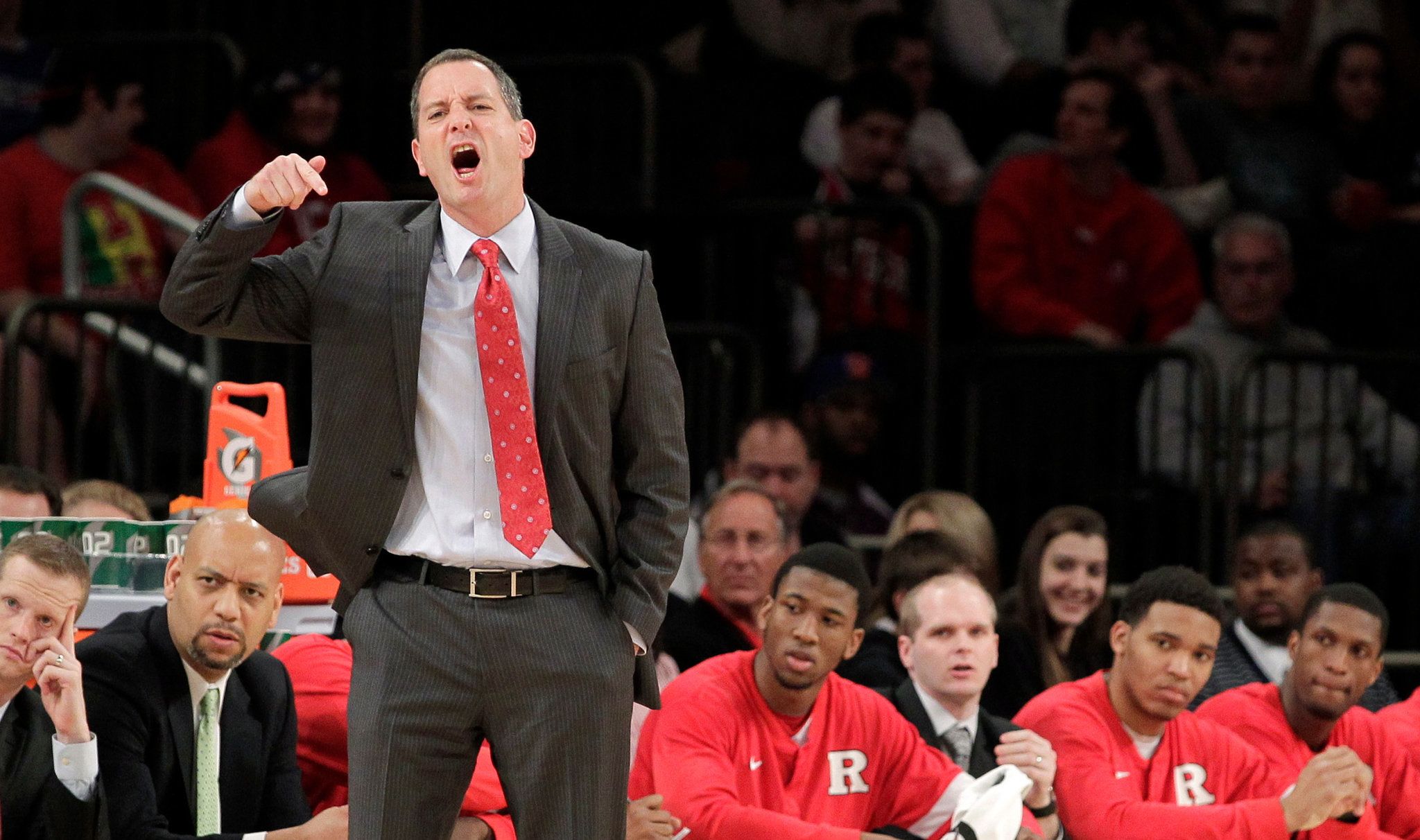 Rutgers University has fired head basketball coach Mike Rice after ESPN’s “Outside The Lines” posted exclusive video footage of him verbally and physically abusing his players.

On the footage, Rice can be seen “hurling basketballs from close range at his players’ heads, legs and feet; shoving and grabbing his players; feigning punching them; kicking them; and screaming obscenities and homophobic slurs,” the network reported.

Among other names, the 44-year-old coach calls his players “faggots,” “motherfuckers,” “sissy bitches” and “cunts.”

Obviously we’re not going to jump down somebody’s throat for being tough on their players (especially without context), but there’s never any excuse for physically abusing a student-athlete. That’s an automatic “see ya” in our opinion.

Amazingly, though, that didn’t happen in this case. In fact was suspended last year and fined $50,000 after Rutgers athletics director Tim Pernetti viewed the video footage – which was not released at the time. Pernitti is now in the hot seat for failing to fire Rice on the spot.

For those of you keeping score at home, Rice posted a 44-51 record in three seasons at Rutgers, including an abysmal 16-38 record against Big East opponents. The Scarlet  Knights never made it to the NCAA Tournament under Rice.

Prior to coming to Rutgers in 2010, Rice was viewed as one of the country’s top young coaches – leading George Mason to back-to-back NCAA Tournament appearances in 2009 and 2010.