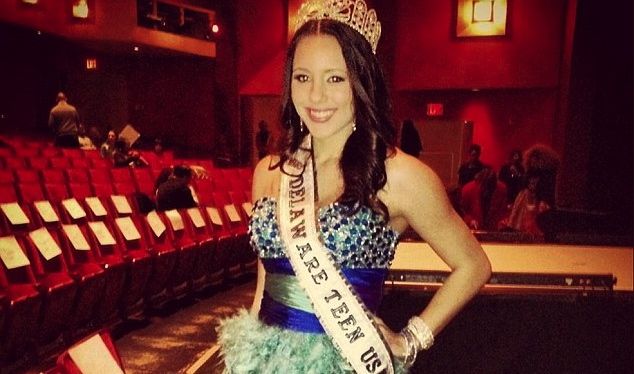 For those of you who haven’t been following the Miss Delaware sex scandal, here’s a recap: Melissa King, the 18-year-old who was recently crowned Miss Delaware Teen USA (a.k.a. Donald Trump’s contest), was forced to surrender her tiara after a pornographic video surfaced.

King initially denied she was the girl in the film … but she did give up her crown without a fight.

The video was filmed last summer – three months after King’s 18th birthday. Why did she do it?

Should she do it?

When you’ve already had sex on camera for peanuts, why not take a quarter of a million dollars to promote it?