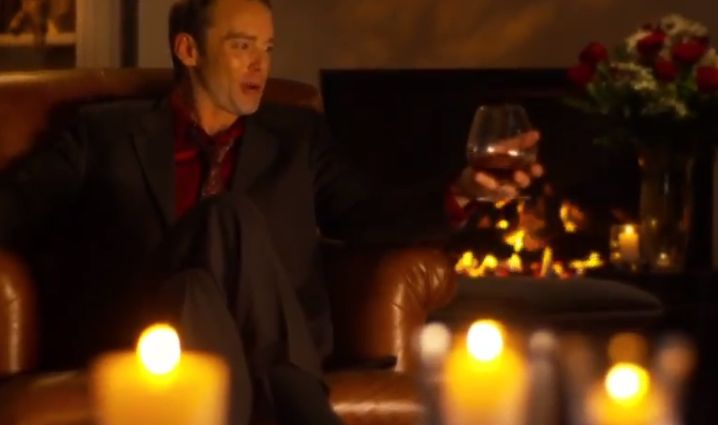 With a Notorious B.I.G. ripoff riff oozing sensuality in the background, an actor in a new South Carolina first congressional district television ad tries to woo back suspicious voters – while the spot’s narrator urges them to “break up” with career politicians instead.

“I know I’ve spent too much, but what’s a few trillion?” Mr. Sleazeball asks amid a room full of candles – a glass of brandy in one hand and a bouquet of roses on the table. “It was all for you. But I’ve changed. I’ll keep my promises this time. It’ll be different. I’m sorry for all the mistakes I’ve made.”

“Sugar, just give me one more chance?” the actor implores, blowing a kiss to the camera.

Genius, right? Absolutely. Well … until that curly haired guy resembling a backup Indigo Girls singer pops in at the end of the spot …

Sanford addressed the scandal in his first ad of the race.