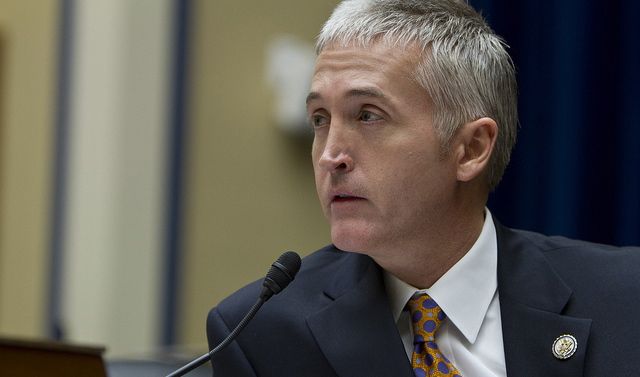 U.S. Rep. Trey Gowdy (R-SC) will address an invitation only gathering of Republican donors and activists in Charleston, S.C. next month.

Gowdy, who represents the state’s fourth congressional district, will speak on March 11 to The Charleston Meeting – a gathering of GOP donors and activists organized by Republican politico Mallory Factor.

We rarely attend these get togethers (we’re not big on political circle jerks) but seeing as we have an invitation to this event we might go see what Gowdy has to say.

Why? Because we’re told in addition to Gowdy’s voting record (which with the rare exception has been pretty solid) the former prosecutor is on the level intellectually and “worth a listen” on the stump.

Not Jed Bartlett speaking to the dairy farmers “worth a listen,” but …

What’s he been doing since then? No clue … but maybe we’ll check in and find out.