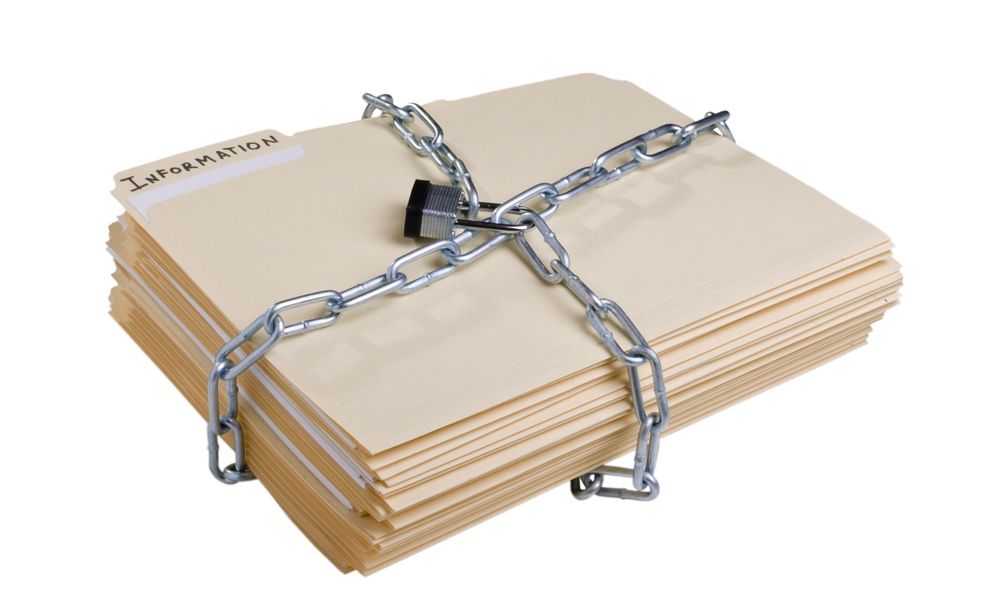 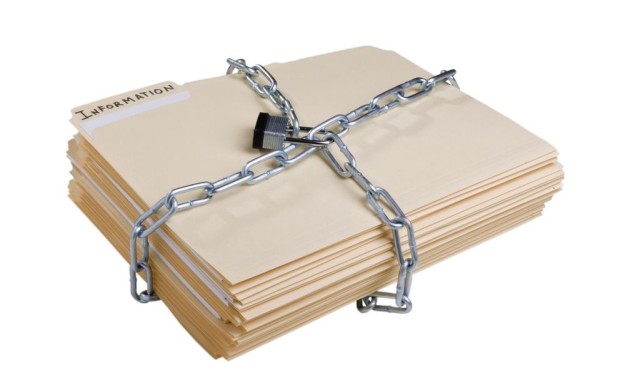 (Columbia, S.C., Dec. 18, 2012) South Carolina’s Freedom of Information Act (FOIA) law would be revamped making government much more transparent and responsive with passage of a bill pre-filed today in the S.C. House of Representatives.

This is the second attempt by Rep. Bill Taylor (R-Aiken) to reform the FOIA. Last Spring his first bill won approval in the House 101-1, but stalled in the State Senate in the final days of the legislative session.

“This is about opening up government to the citizens who pay for it; they have a right to know what their government is doing,” said Taylor.

Loopholes in the current FOIA allows state agencies, school districts, towns, cities and other government entities to drag their feet on requests, sometimes for months on end.

“A law that is not enforceable is not a law at all,” stated Rep. Taylor. “There is additional teeth in the bill so if citizens seeking information from government feel they are getting stonewalled they can seek immediate relief in Magistrate’s Court rather than waiting many months or more to have their grievances heard in Circuit Court.” He added, “Magistrates would be able to order the government unit to comply and would be able to fine those responsible for not complying with the FOIA to be in civil contempt.”

Bill Rogers, executive director of the South Carolina Press Association, lauded the bill for adding considerable heft to the FOIA. “A major weakness in our law is enforcement, and this change would make it much easier for a citizen to get a public record without the expense of hiring a lawyer,” he said. “The bill will also prohibit the exorbitant fees some agencies charge for copies of public records.”

• Cut the length of time from 15 calendar days to 7 days to initially notify a person if their FOI request can be met.
• Cut compliance time from 30 business days to 30 calendar days.
• Prohibit state and local entities from charging fees for staff time spent complying with FOIA requests.
• Allow state and local government entities to charge only prevailing commercial rates for copying records.
• Disallow charging for documents available in digital format.
• Increase fines for FOIA violations from $100 to $500 (1st violation), $200 to $1,000 (2nd violation) and $300 to $1,500 (3rd violation).
• Allow for Magistrates to provide immediate legal relief and enforcement who could hold individuals in government in civil contempt for failing to comply with the FOIA requests.

USC law professor and FOIA expert Jay Bender agrees. “In response to this legislation several government-funded special interest groups will complain about the cost of making public records public. That argument is fraudulent. If the General Assembly has found, as it has, that it is vital in a democratic society that public business be performed in an open and public manner, it is incumbent on public bodies to anticipate requests for records and budget and staff for a timely response. That is the price of democracy.”

Rogers said grassroots support is needed to move this bill forward. “Passage of this important legislation needs to be a grassroots effort. Every citizen should demand open and transparent government.”

Have you ANY idea of the size of some of the files requested under FOIA?

Some run into thousands of pages, and unless the Bill changing the current Act includes personnel to copy and collate the information, and then to redact the “privileged” parts [such as trade secrets, ongoing criminal investigations, etc.] there’s no way in hell (1) that many of the requests can be complied with in 30 days, and (2) that the state can recoup its actual expense (printing, and clerical time)for what is often a ‘fishing expedition’ by the press (or a defense attorney).

Maybe we should give Trikki Nikki another cabinet agency to do nothing more than fulfill and supply FOIA requests,and let her worry about how to fund it. Under our current “bare bones” budgets, many agencies simply do not have the funds or personnel to do both FOIAs and their regular tasks.

Observant, the idea that government doesn’t have to disclose how it is doing our business as a ‘regular’ task isn’t based on an accurate understanding of technology driven operations management, or, on robust business process design. The size of files are irrelevant, and manual labor to retrieve and redact are extra tasks that wouldn’t be needed if normal business processes were designed for efficient handling and storing of documents at the point of origin (got to dig into biz process design to get this).

I am a technical professional that spent a career in military, defense, and aerospace (mda) programs doing work that was often controversial because of similar paradigms as you expressed. Technology insertion of short life cycle product (electronics manufacturing infrastructure is created for commercial/medical/auto/etc markets, the onesy twosy mda market, no ROI for infrastucture) into long lifecycle end items (aircraft/submarines/etc.) meant a product with top level static design (size, has to fly/float/dive/shootetc. to a certain standard) and strict regulatory compliance, on top of an ever changing subset of a variety of technologies.

Similarly, government is designed with a top level static compliance and regulatory structure, but it must accomodate a changing underlying technology to meet the needs and fulfil it’s duties to those who fund and own this structure – Citizens, and it must do so at our will, not at government’s. In this case, the technical issues are miniscule. Handling of documents? Disclosing the way they handle our business? Strikingly simple to eliminate the labor issues you mentioned like size of documents and redacting.

The only reason government doesn’t, is leadership failure. Citizens, for failure to do their homework, and, in letting government dictate operations as if their fundamental duty to disclose activities to the Boss, is not. Government leadership is derelict in chasing political ‘group’ activities like the Attorney Generals PIU and Governor’s commission instead of transforming state operations.

Gov has a fudiciary duty to manage the operations budget they get from us, to implement basic business processes that deliver fundamental duties first, then other stuff next.

SC Gov could meet this duty, if our state had any competent operations management (go to http://mitsloan.mit.edu/omg/om-definition.php, for an definition) leadership.

More on this topic:

Remember, Katrina, that this state is so up-o-date with electronic process and procedure, that we allowed some 3 million accounts to be hacked from a “modern” IT system.

There are still some SC Agencies that are basically doing things by hand. A couple of agencies are also so suspect of the security of the state-provided computer system that they maintain a non-connected system of their own [!SHOCKING!] in order to keep truly confidential matters [think: medical records] [maybe also birth, death, marriage records at DHEC] PRIVATE. It reallty does not cost very much to buy an upscale, large-memory, free-standing computer system (and tape backup) which, when hooked up to nothing else, cannot be hacked.

Stupid is as stupid does….

I am working on a project plan to give subordinates an idea how they can transform their operations from normally closed to normally open. Wanna be a co developer? It’ll be a better project plan if there’s more than one view of it. C’mon it’ll be fun!! (okay lots of work but still fun if you’re a results driven kind of person. Sounds like you are). To my knowledge, there are no citizens anywhere that are doing Boss work except for the ones I’m working with. As Bosses, it’s our job to step in with specific actionable plans, when subordinates are failing, to help subordinates succeed. When they succeed, we all win. Plan requires more data like what you presented about DHEC, so there’s lots of work to evaluate a sampling of agencies. BEYOND scope to do the job we pay subordinates to do. Point is to manage and lead underlings to developing competency so they can do it themselves.

I plan to publish project plan and challenge subordinates to demonstrate competency in executing. Hope to embarrass them into it. Politics is the realm of politicians, surely I’m not the only Boss who cares about operational results rather than emotionally flailing labeling of politicos, and is willing to roll up her sleeves and show them how to put one foot in front of the other to do the job. Don’t want to do the Boss job alone, but I’m gonna do it no matter what. WE are the ones who let our subordinates become so incompetent. WE have to do the work to get them to perform. I’m dying for some more BOSSES who already have some data driven understanding!!! Whaddya think Observant?

Sounds interesting, but I’m an OLD man — when I was ‘Boss’, my records were more open than closed, much to the surprise of many. The [then] new FOIA was a pain in the rectum and super-costly to the ‘bare bones’ budgets.

I prefer to maintain my anonymity (you know, the old maxim: “Fools’ names as well as faces, often seen in public places”).

If you can figure out a onfidential way to correspond, I’m game to listen to your proposal.

There are FOIA requests currently filed with a state university, and when that information is released to the press, South Carolina will again be at the forefront in the national news, and….. unfortunately, negatively.