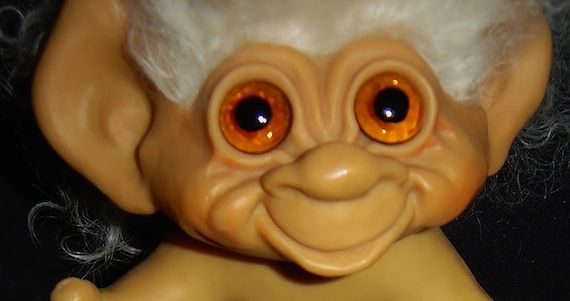 “AT LEAST (REAL) TROLLS ACTUALLY DO SOMETHING …”

In addition to being hilarious (comparing Swinney to “an edamame fart“), Oliver’s show was also dead right on the issue of paying college football players.

This week Oliver is taking up another issue – patent trolling.

What’s patent trolling?  It’s when companies that don’t actually produce anything (or even intend to produce anything) file frivolous lawsuits against businesses in an effort to extort money out of them – a process which costs the U.S. economy upwards of $30 billion a year.

Patent trolling has been opposed here in South Carolina by State Rep. Kirkman Finlay – who is once again pushing legislation this year aimed at protecting businesses from these unfair practices.

Anyway … Oliver’s take on the issue is (as always), hilarious.  And dead on …

“Most of these companies don’t produce anything – they just shake down anyone who does, so calling them trolls is a little misleading,” “At least trolls actually do something – they control bridge access for goats and ask people fun riddles.  Patent trolls just threaten to sue the living sh*t out of people – and believe me, those lawsuits add up.”

Oliver’s report highlighted the story of FolNer, LLC – a company which threatened to sue a company which helped disabled people find jobs. What for?  Believe it or not, using their own copier.

According to FolNer, it owned the patent for the copying machine’s “scan to email” function – and was prepared to sue the company unless it forked over $1,000 for each employee who used that function on the copier.

“Wow.  When you are threatening to sue a company which helps people with disabilities find work for using their own photocopier, you’re not just on the road to hell – you have your own parking spot right next to the f*cking devil,” Oliver said.

Props to Oliver for drawing attention to this important issue.  And props to Finlay for continuing his efforts to protect South Carolina businesses from these leeches.