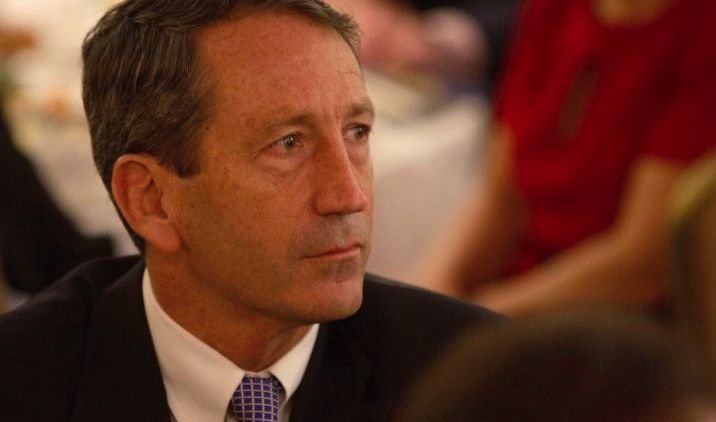 WASHINGTON, D.C. – Tonight, Representative Mark Sanford (SC-1) released the following statement following his third vote in the last 10 days to avoid the government shutdown that began at midnight. This most recent measure would have funded the government at current levels through December 15th, delay the individual mandate from the Affordable Care Act for one year and prevent Members of Congress, staff and presidential appointees from receiving subsidies under Obamacare not available to the public.

Over the last 10 days, Representative Sanford has voted to ensure the troops get paid regardless, has voted three times for resolutions that would avert a government shutdown and has promised to donate his pay for the length of time the government is shutdown to charity. Additionally, he held a telephone town hall from Washington with concerned constituents on Sunday, once it became clear that a shutdown was possible.

“The battle being fought over the Continuing Resolution, to me, comes down to a fundamental Constitutional issue based on the idea that selective implementation of a law warrants delaying that law, and justifies the action being taken by the House of Representatives,” said Sanford.

“Our society has been held together for over 200 years in no small part due to the belief that our system was fair or equitable, yet the implementation of the Affordable Care Act has been anything but that. 1,200 businesses were exempted before the employer mandate was delayed, seven different areas of the bill were unilaterally delayed by the President, Members of Congress and their staffs were exempted…the list goes on, yet the individual mandate affecting all Americans remains, despite very real concerns about this law in its present form. The resolution I voted for tonight levels the playing field for individuals by giving everyone the delay that businesses and others have received.”

“Our Constitution and our government is predicated on the notion that the Executive Branch administers the law and is given no authority to revise the law by picking and choosing which points will be enforced. We are now plowing new Constitutional ground because the President has not come to Congress to fix these problems in the law.”

“I realize the degree to which many people have become frustrated with the process, and their concern with combining the separate debates of funding the government and delaying implementation. I also recognize that the Senate and President’s perspective will ultimately prevail because 2 beats 1 in politics, but that doesn’t mean that as Representative we should not work in every way possible to voice what we perceive to be the majority perspective of the very people who sent us here. Government shutdowns are the bluntest of leverage points in politics and have occurred 17 times over the last 36 years … they are a tool that most times remains best unused. However, in this particular case I’d argue that we have reached the point where it is necessary again to use every tool available to affect some sort of change to this law, given the very real Constitutional issues surrounding its implementation.”

Sanford’s Washington office and both his district offices, located in Mt. Pleasant and Beaufort, will remain open during the government shutdown, but at reduced staff levels.

“Over half the staff has been furloughed due to the government shutdown, but all three offices will remain open for business, in order to ensure fulfillment of Representative Sanford’s constitutional responsibilities,” said spokesman Jon Kohan.

In order to provide the most efficient service during the shutdown, constituents seeking assistance with personal matters related to the federal government are asked to contact the Mt. Pleasant office at 843-352-7572 or the Beaufort office at 843-521-2530, while those seeking information related to the shutdown or other legislative matters are asked to contact the Washington office at 202-225-3176.