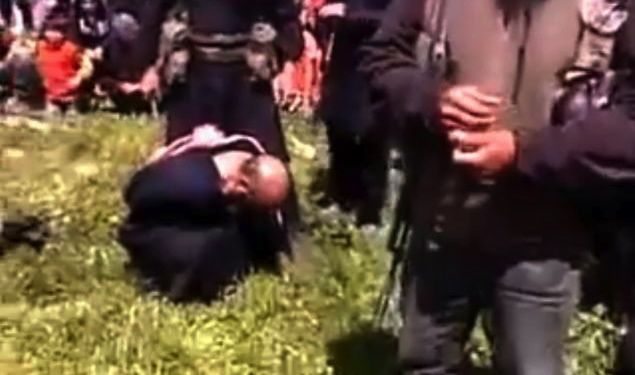 U.S. Sen. Lindsey Graham (RINO-S.C.) wants to go into Syria guns-a-blazing to take out the regime of president Bashar al-Assad.

Who else wants al-Assad gone? Radical muslim extremists affiliated with al-Qaeda. In fact thanks to pressure from Graham and fellow neocon whore John McCain, the administration of U.S. President Barack Obama decided two weeks ago to start arming Syrian rebels.

How’s that working out so far?

Let’s ask Catholic priest Francois Murad, who was setting up a monastery in Gassanieh in Northern Syria last week. Except wait … we can’t ask Murad.

Why not? Because he got his head cut off last week by members of the Al-Nusra Front – a group of Syrian rebels affiliated with al-Qaeda. In fact Murad and two others were savagely beheaded by these jihadists while a group of men and boys took pictures of the brutal murders with their cell phones as they chanted “Allahu Akbar.”

Wait a minute … aren’t these the very sort of people Graham keeps telling us we’re supposed to be fighting against?

Aren’t these the sort of people who – in Graham’s opinion – have compelled our government to create a massive Orwellian spy network (one that’s now being turned against us)?

When Graham and McCain get that self-serving “we’re saving America” look in their eyes, these are precisely the sort of religious extremists they are referring to.