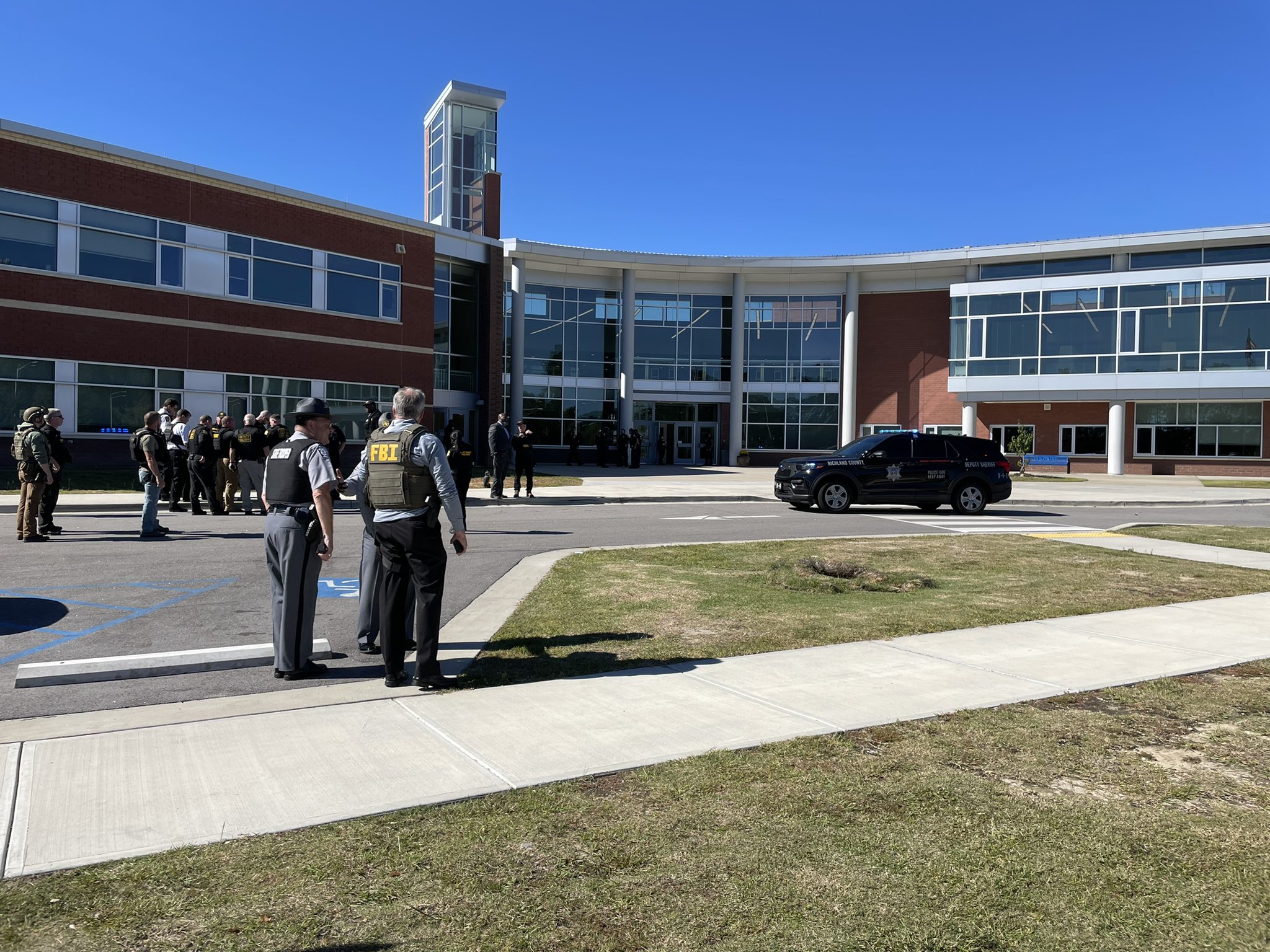 More than a dozen South Carolina schools were targeted Wednesday morning in the aftermath of what appears to be a coordinated “swatting” campaign against these institutions. “Swatting” is a criminal harassment technique intended to trick law enforcement agencies into initiating aggressive responses to what they believe to be emergency situations – including bomb threats or active shooter scenarios.

The term derives its name from the Special Weapons and Tactics (SWAT) units which are typically dispatched in response to such emergency situations.

According to law enforcement, all of the calls were hoaxes. No school shootings were reported in any of the Palmetto State’s roughly ninety school districts on Wednesday.

10:40 a.m. EDT – RICHLAND COUNTY – Reports of gunfire at Blythewood High School. Richland County sheriff’s deputies respond. No active shooter found. Sheriff Leon Lott said the hoax may have been linked to a “TikTok challenge” and that the caller used a program to make it appear as though the call originated from within the school.

12:10 p.m. EDT – CHESTERFIELD COUNTY – A “school shooting threat” was called in to Central High School and Chesterfield High School. Chesterfield County sheriff James Dixon said both calls were a “hoax” and that his agency was “actively working to find out who is responsible for these false calls.”

The S.C. State Law Enforcement Division (SLED) is leading an investigation into these hoax calls with support from the Federal Bureau of Investigation (FBI) and multiple local law enforcement jurisdictions.

“The South Carolina Law Enforcement Division is aware of school threats across South Carolina,” said Renée Wunderlich, the agency’s public information director. “SLED is evaluating the credibility of these threats. While at this time the threats are believed to be a hoax, SLED encourages each jurisdiction to take any and all threats seriously. SLED is actively working with our state and federal law enforcement partners. If you have any information about these threats, please call local law enforcement.”

“The FBI is aware of the numerous swatting incidents wherein a report of an active shooter at a school is made. Similar incidents have occurred recently across the country,” agency spokesman Kevin Wheeler said. “The FBI takes swatting very seriously because it puts innocent people at risk. While we have no information to indicate a specific and credible threat, we will continue to work with our local, state, and federal law enforcement partners to gather, share, and act upon threat information as it comes to our attention. We urge the public to remain vigilant, and report any and all suspicious activity and/or individuals to law enforcement immediately.”

The rash of hoax calls attracted the attention of South Carolina governor Henry McMaster, who was campaigning in the Upstate when the first calls came in on Wednesday morning.

“There’s no excuse for that kind of conduct,” McMaster told WYFF TV-4 (NBC – Greenville, S.C.) “People try to get the children educated and live their lives and have successful days and to have something like this thrown into it is unnecessary and just ridiculous – and it’s a crime.”

“I’m informed by law enforcement that those are not legitimate calls,” McMaster added. “I hope that they find who’s doing that, I hope that kind of conduct will stop immediately.”

McMaster said he was informed by SLED chief Mark Keel that the calls followed a similar script in which the “swatters” claimed a child had been shot or killed at the school.

S.C. attorney general Alan Wilson also weighed in on the situation, saying he was “disgusted” by the hoax calls.