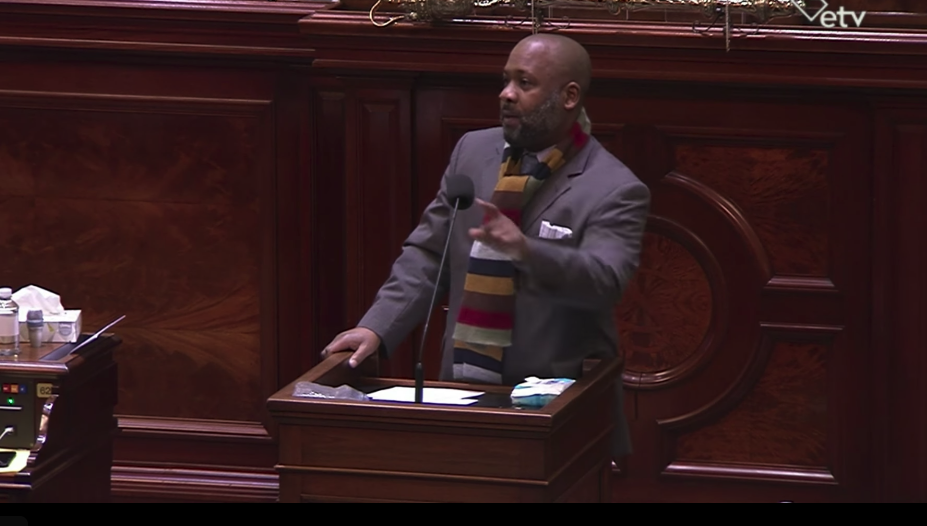 No matter which way you look at the numbers, Richland County School District One is failing its taxpayers and its students.

Despite the data, a South Carolina lawmaker recently implied at the statehouse that Richland One critics are racist.

While debating a bill that would give the state more power to take over failing school districts, Columbia, South Carolina Rep. Christopher Hart — who has been contracted to do attorney work for Richland One — made some explosive accusations.


“If you listen to the folks who criticize Richland One, they’re a failing school district because the demographics have changed,” he said. “That school district is no longer controlled by the people who used to control it 20-30 years ago. The skin color has changed on the school board.”

Hart said that there is a “small section of Columbia called Shandon that used to control the school board” and those Shandon people don’t run Richland One like they used to.

“And you know what they do? They run to the press and they run out to the blogs and they say ‘Richland One is a failing school district,'” Hart said. “It has nothing to do with the test scores.”

Is he looking at these test scores? (Click around the chart below to see how Richland compares with SC’s largest districts)

He went on to say that Richland One “is not failing” — despite the fact that a majority of district high schools test below the state average year after.

Hart said that Richland Two has a similar issue with racist critics who claim the school district is failing because they, too, have a black superintendent.

However, when you look at the test scores between the districts, Richland Two is superior across the board.

FITSNews spoke with several Richland One parents who were disappointed by Hart’s comments.

“It’s disappointing because I know that the parents that have been trying to change things are sincere and want things to improve for all of the children in Richland One,” Wesley Peel told FITSNews. “But Rep. Hart needs to look at what is being spent versus the results.”

Richland One is “failing” in other areas outside of academics too.


The district has been sued in at least 11 lawsuits in the last year for various employee and student issues. For comparison, Richland Two has been sued one time in that time period.

Richland One also receives more taxpayer dollars per pupil than most other districts (see chart below).

Richland One’s average administrator salary is the eighth highest school district in the state at $93,675 — which is also higher than the state’s average at $87,353.

Last year, the Post and Courier reported that Hart was among several connected politicians hired to do bond work for Richland One.

The Richland One school board has been accused of awarding major contracts to businesses connected to board members.

Since the Jacketgate Scandal,” which ultimately shed light on excessive spending, a large group parents in Richland One have paid close attention to Richland One’s spending.

Parents who have spoken to FITSNews are seeing more money in the district spent on unmeasurable programs, poorly managed multi-million dollar projects like the athletic fields, and “lavish” spending on food and other items that they say do not benefit the children of the district.

For instance, the district spent more than $50,000 at Chick-Fil-A in one school year.

FITSNews will be looking into Hart’s contracts with the district in the next few weeks.

Editor’s note: this article is a news analysis by Mandy Matney, who has been covering the Richland One school district since January 2020.