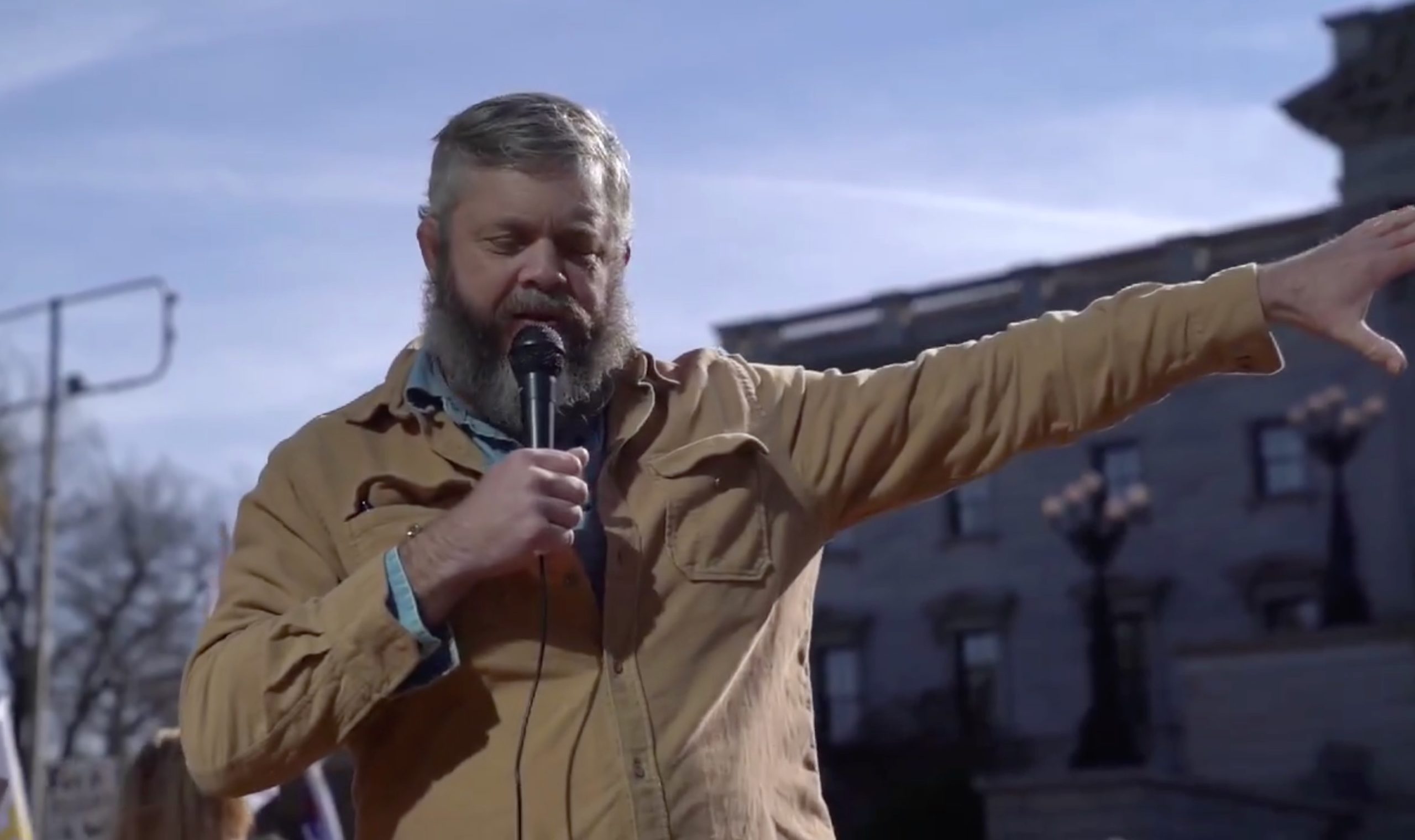 South Carolina lawmakers attending a local legislative delegation meeting in Greenville, S.C. this week found themselves presented with a “demand” letter from a limited government group – one which threatened the eventual “release” of a “pressurized emotional buildup” unless its conditions were met.

“We are past the tipping point of no return if Government leadership in South Carolina doesn’t act responsibly in the protection of our God given rights,” the group warned.

The letter – dated January 11, 2021 – was sent from a group calling itself Veritas Voice and American Reformation. This organization is led by its founder, Jon McMakin.

Several dozen of the group’s supporters attended the Greenville delegation meeting on that same date and “demanded allegiance” to their agenda, lawmakers in attendance told this news outlet.

“Citizens of the Upstate have a pathological inability to be controlled,” McMakin wrote in his letter. “Our cultural and religious heritage will not allow the acceptance of draconian and unconstitutional laws, decrees, mandates, orders, or regulations, that are contrary to Liberty.”

Fair enough. Its next passage was a bit more ominous, though …


“Failure of South Carolina Lawmakers, government leadership, agencies, and departments to recognize and validate these facts, will automatically create an environment that will likely become a public safety hazard to all South Carolinians,” McMakin wrote.

“Historically, disgruntled societies, and government’s dismissal of extreme discontent of the citizens, has led to violent conflicts and war,” McMakin continued. “Pressurized emotional buildup of South Carolinians, over time, will be released or retracted, concordant to governments of South Carolina decisions to restore or restrict the People’s Liberty.”

The only thing that can “retract” this buildup, according to McMakin? Compliance with the list of “demands” articulated by the group.

As you can see from the document (above), McMakin’s letter demands the “rejection of all government laws, regulations, orders, mandates, and decrees related to Covid restrictions and control of personal free movement, assembly, commerce, business activity and social and religious functions.”

That’s a nod to the ongoing debate over governor Henry McMaster’s constitutionally dubious use of emergency authority in response to the ongoing coronavirus pandemic.

The letter further demands the “rejecting and rectifying (of) corruption and non-integrity in State, County, and City agencies and departments.”

Finally, the group demands the “complete dismissal, rejection, and nullification, of the illegitimate incoming Biden administration in Washington, D.C. and any and all laws, regulations, orders and mandates, from the federal government that are constitutionally unwarranted and illegal.”

In addition to the demand letter, McMakin was one of the organizers at a January 6, 2021 “Stop the Steal” rally on on the north lawn of the S.C. State House. During that rally – which took place on the same day as a violent attack on the U.S. capitol launched by supporters U.S. president Donald Trump – McMakin implored those in attendance to organize and “take charge.”

“You assert yourself over the situation,” McMakin instructed his followers. “Assert yourself and the God-given rights we’ve been given and you get the power.”

“It’s not me talking, it’s the power of liberty,” McMakin added. “It’s time we have to take our country back. No more talking.”

Needless to say, the rhetoric used by McMakin in his demand letter – and in his remarks at the State House rally – is likely to fall under scrutiny in the aftermath of the attack on the capitol building.

After all, supporters of McMakin will forgive us for pointing out the similarity between his views regarding how to obtain political power and the doctrines advanced by Mao Zedong – founder of the modern communist party in China.

“Political power grows out of the barrel of a gun,” Mao once wrote.

Everything that comes around goes around, does it not?


Make no mistake: We support liberty. In fact, we do not consider our views to be too far out of alignment with several of the “demands” articulated by this organization.

Certainly when it comes to “rejecting and rectifying” corruption, this news outlet has spent the past 13 years holding local, state and federal elected officials accountable to the ideals of constitutional government – relentlessly exposing hypocrisy, inefficiency, injustice and self-dealing (while offering common sense policy ideas aimed at rectifying the habitual failure of leaders of both parties in the Palmetto State).

Furthermore, in the aftermath of the violence that rocked Washington, D.C. we have rebuked efforts by the far left to criminalize and censor speech – one of the bedrock freedoms of our nation (yet one which is apparently anathema to its new orthodoxy).

Having said that, we draw the line at violence – or threats of violence.

Such acts or threats delegitimize these movements in our eyes … to say nothing of making hypocrites of their leaders. After all, no one arguing on behalf of liberty can threaten its deprivation to others as part of their agenda.

At least not without losing all credibility …

In the words of Brother Ali, “try and separate a man from his soul/ you only strengthen his and lose your own.”

McMakin’s demand letter did not explicitly threaten lawmakers, but its apocalyptic language and menacing tone strike us as reckless and irresponsible – an unnecessary provocation that will only serve to undermine a strain of populism that needs to be front and center during these turbulent times.