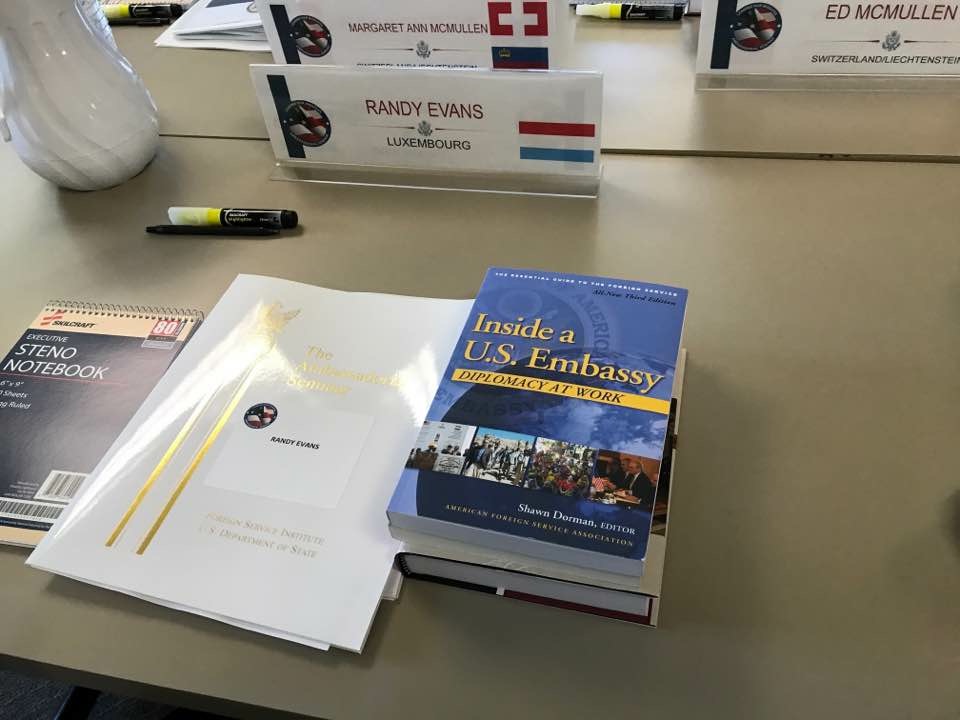 SC POLITICO OFF TO SWITZERLAND

South Carolina political operative Ed McMullen is being appointed as the next U.S. ambassador to Switzerland (and Liechtenstein).

How do we know this?  Because the next U.S. ambassador to Luxembourg, Randy Evans, isn’t very good at cropping his social media photos.

On his Facebook page, Evans – a prominent Georgia attorney and national “Republican” committeeman – posted an image of collateral materials provided to him by the U.S. Department of State at a recent ambassador training event in Washington, D.C.

In the upper right corner of the image is a marker denoting McMullen’s new title.

News of McMullen’s ambassadorship should come as no surprise to readers of this website.  We reported on the speculation back in May, correctly identifying Switzerland as his future destination.

McMullen refused to address the photo – which was quickly removed from Evans’ Facebook page in the aftermath of our reporting.  Nor did he discuss any impending ambassadorial appointment.

“Nothing is announced,” McMullen told us.