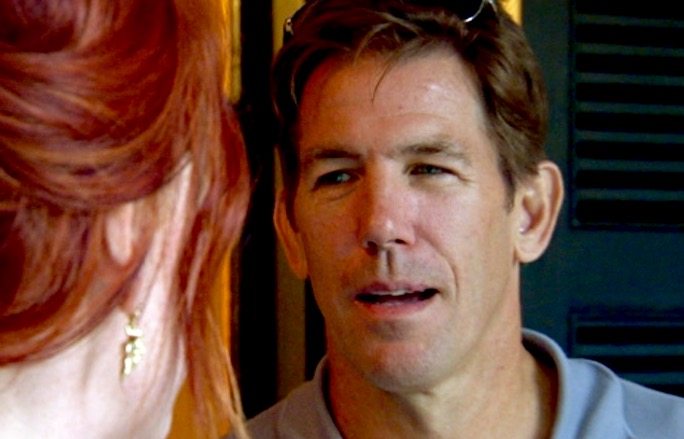 “MY ONLY RECOURSE IS THROUGH THE COURTS”

Former South Carolina treasurer Thomas Ravenel – the star of Bravo TV’s Southern Charm reality show – is speaking out for the first time about the lawsuit he filed against his co-star, ex-girlfriend and “baby momma,” Kathryn Dennis.

News of the suit was exclusively reported by this website earlier this week.

“I haven’t seen my kids in ten weeks because she won’t allow me visitation,” Ravenel said. “I have routinely made visitation requests through our lawyers and they are ignored. Fact: I pay her rent each month of $3100.  I have made her a settlement offer which would pay her quite more.  She never countered it (nor) has she proposed to me what she wants.  She also makes six figures a season from the show.  I was hoping we could work something out but to no avail. My only recourse is through the courts.”

“Your client has stated on social media that Thomas does not visit nor pay support,” Segars-Andrews wrote to Dennis’ attorney, Gregory Forman. “However, she does not disclose that he pays $3100 in rent for the children and that she will not allow him to visit. I have email after email where we have requested visitation.”

Dennis was not immediately available to respond – although she has previously stated that Ravenel “hasn’t given (her) money.”

According to the email, both parties are seeking to keep their court case sealed from public view.

“Since we are asking to seal the records, it would be appropriate for our client’s to stop talking about each other on social media,” Segars-Andrews wrote. “Would you consider entering into a consent order about this?”