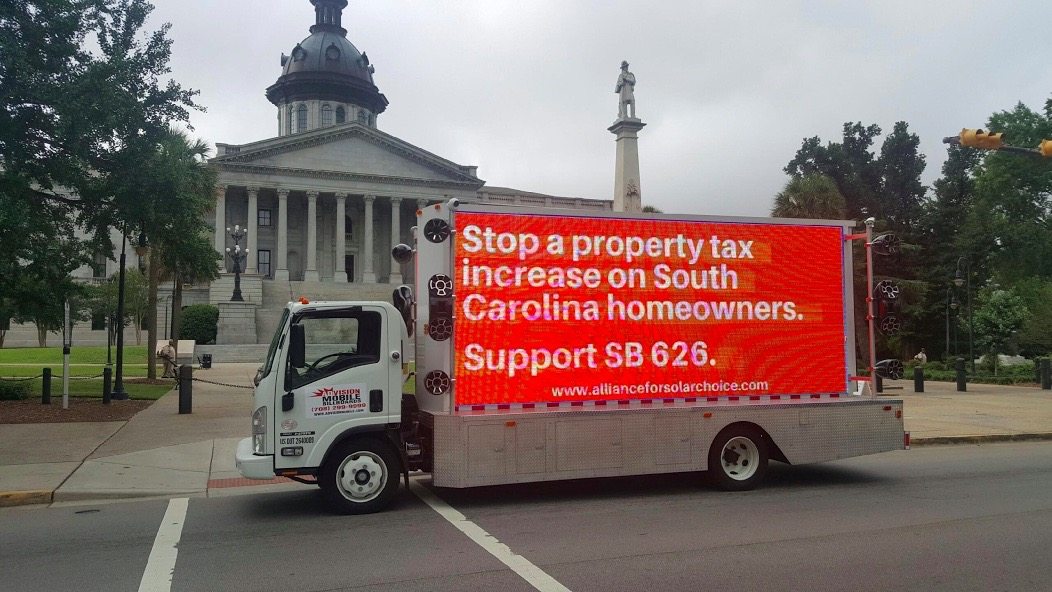 This website’s policy on energy is pretty simple: We support whatever keeps the power flowing at the lowest possible cost to consumers.

Naturally we embrace clean energy (as any good steward of the planet would), although we do not support its subsidization by government … nor do we support efforts by government to declare war on certain forms of energy creation.  Additionally, we reject the notion that government should own a power company.

The market is a far better arbiter of such things … with government better suited to play a (very) limited pubic safety role.

Unfortunately, that’s almost never how it works out.  Government continually intervenes in this process … usually on behalf of a small set of narrow special interests.

In South Carolina, we could be seeing the latest example of this trend at work.  We’re referring to a small band of lawmakers who are looking to effectively penalize citizens who seek to avail themselves of solar power.  This legislative effort appears to trace back to a conventional utility headquartered in Charlotte, N.C. – a company with deep ties to the liberal Democratic establishment.

First, the issue at hand …

Currently, property taxes are not assessed on rooftop solar systems installed in the Palmetto State.  This could soon change, though.

Unless legislative protections are enacted, South Carolinians looking to install solar systems on their homes could get hit with a tax hike.

A bill to provide such protections – S. 626 – has already cleared the S.C. Senate (in fact it passed unanimously).  Furthermore, this legislation recently received approval from the S.C. House of Representatives ways and means committee.

The bill was sailing toward governor Nikki Haley‘s desk until last week – when a small band of lawmakers led by liberal S.C. Rep. Mike Forrester put the brakes on the legislation.

Source familiar with the debate tell us the entity applying pressure on Forrester and his allies is none other than Duke Energy – which has been waging a multi-million dollar battle to keep solar companies from setting up shop in Florida.

Other private providers – including SCANA – have signaled they have no problem with the bill.

What is Duke’s beef? We’re not sure … but those pushing the bill are pointing the finger at the company, which recently expanded its Palmetto State presence.

“All signs are pointing to Duke at this point,” one advocate told us.

House members are scheduled to take up the solar bill this week.  We’ll be sure to let our readers know what they decide to do.