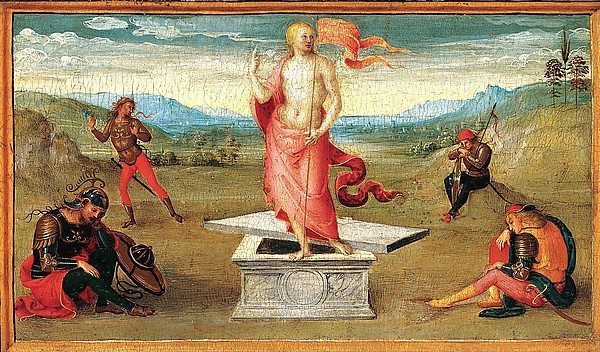 We typically eschew using the term “full retard” because it is indeed offensive to individuals with developmental disabilities.  But as long as the forces of political correctness are on the march in America, we will continue to use the term.

The latest example of the insanity?  A lawsuit filed against New York’s Metropolitan Museum of Art over four masterpieces depicting Jesus Christ as a white man with blond hair.

The lawsuit was filed in the Manhattan Supreme Court by Justin Renel Joseph – who claimed the inclusion of the four “Aryan” and “racist” depictions of Jesus constituted “offensive aesthetic whitewashing” and an “extreme case of discrimination” causing him “personal stress.”

“I shouldn’t have to go into the Metropolitan Museum and see paintings for white people,” Joseph told Artnet News.  “It doesn’t make me feel good. I have a little daughter. I don’t want her to see this.”

Joseph claims the presentation of the paintings violate his First Amendment rights as well as Titles II and VI of the 1964 Civil Rights Act.

Obviously none of the artists were available for comment …

It’s no secret Jesus – being born of a Hebrew woman who hailed from the town of Nazareth (in present-day Israel) – was not a pale white man with blond hair.  It’s 99.9 percent likely he had olive (or light brown) skin and dark brown hair.

Still, though … this suit is ridiculous.  And further evidence of our nation’s descent into madness.

Museums shouldn’t be complicated: They should, however, be privately funded and thus permitted to show whatever they want.

United Airlines Has A Problem With Breastfeeding Moms