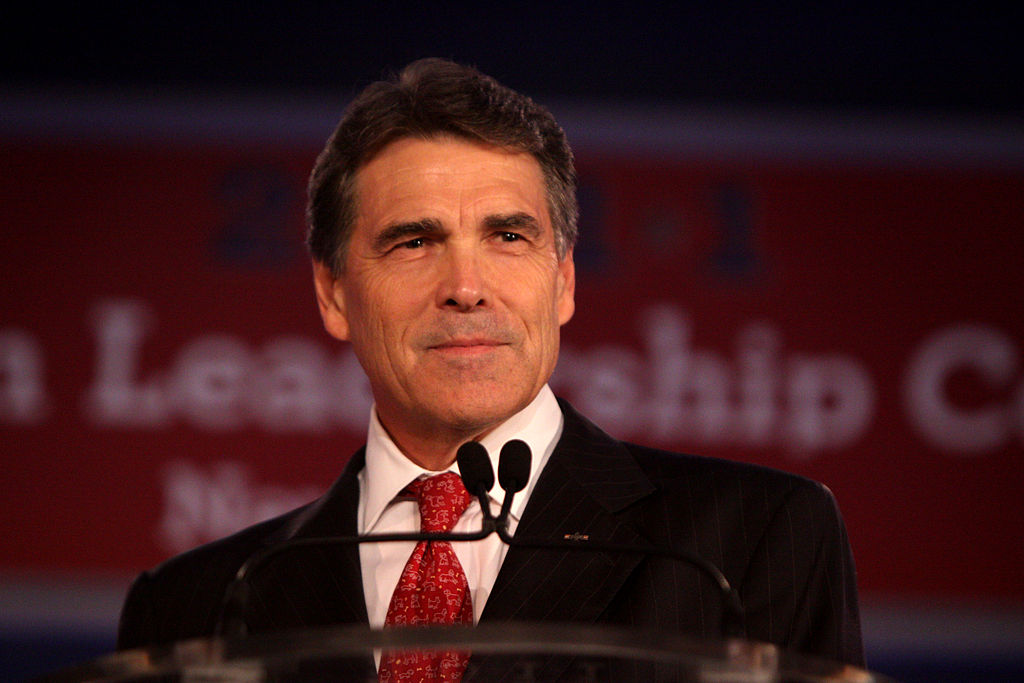 Perry – indicted last week on corruption charges in the Lone Star State – will appear at a party fundraiser at the First Citizens Cafe in downtown Columbia on Wednesday April 27.  The event begins with a “photo line” at 5:30 p.m. EDT – at least for those who pay $100 toward the GOP “victory” efforts.

Everyone else must pay $25 to attend a 6:00 p.m. “tailgate” in honor of the August 28 showdown between the No. 9 University of South Carolina Gamecocks and the No. 20 Texas A&M Aggies.

Perry is a Texas A&M alumnus.

As Perry’s national star has ascended in recent months, FITS has been tracking some troubling reports out of his home state regarding corporate cronyism (reports tangentially related to his recent indictment).

We knew from the 2012 election that Perry was a corporate crony “Republican,” but we had no idea the extent of his reliance on government subsidies to “create jobs” and sustain his political fundraising machine.

To read our recent report on all that, CLICK HERE.

For those of you with short memories, Perry was the frontrunner for the GOP presidential nomination in September 2011 … but by January 2012 had dropped out of the race, endorsing the candidacy of another liberal “Republican” – Newt Gingrich.

@fitsnews is sober to much to ask for?

Hillary To Iowa … And Beyond