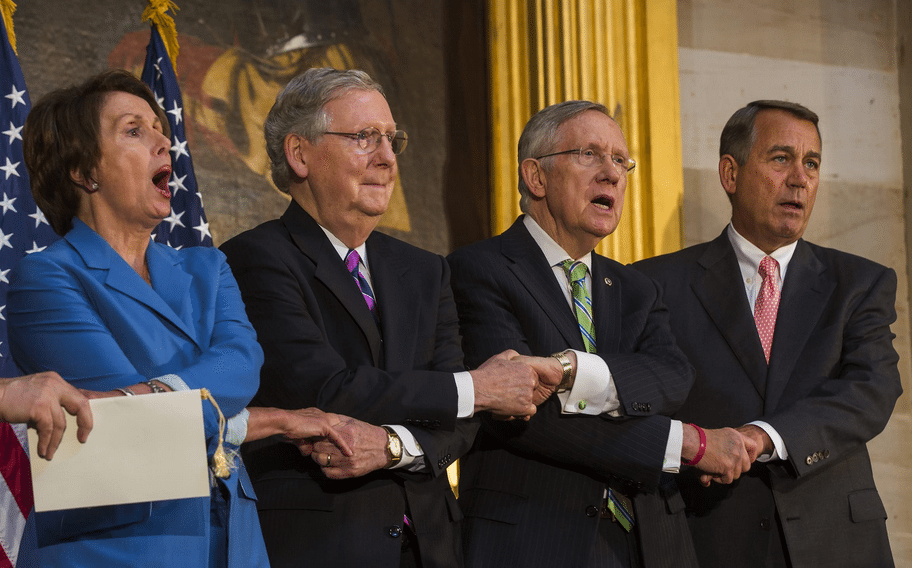 For example, take the ceremony held in Washington, D.C. this week to mark the 50th anniversary of the 1964 Civil Rights Act.  Don’t get us wrong: We support equal rights for all Americans regardless of color, creed, ethnicity, gender or sexual orientation.  In fact one of the central tenets of any new political party (and God knows we need one) must be the acknowledgment that the promise of individual liberty should extend to everybody in this country equally.

“Equality of opportunity, not equality of outcome …” we’ve often said.

Liberty and racism are simple incompatible with one another … and while we don’t approve of every provision of the 1964 law, we certainly embrace the purpose behind it.

Leave it to leaders of the U.S. Congress, though, to totally screw up what could have been a nice moment.