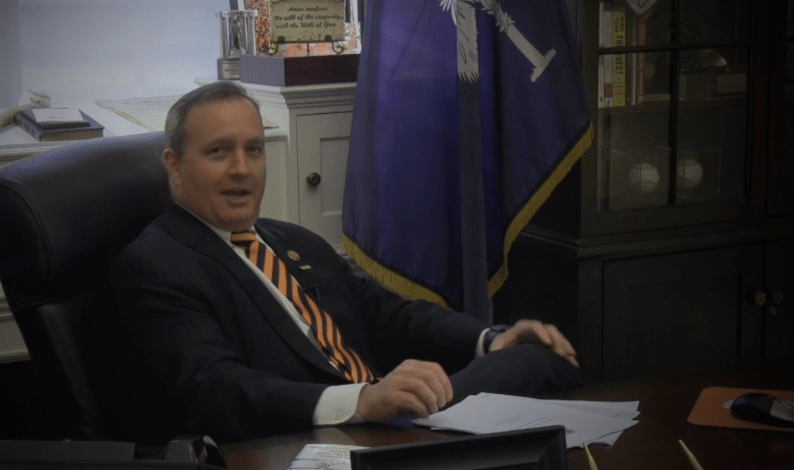 I’m only about four episodes into the second season of Netflix’s groundbreaking political drama, House of Cards.

Is it as good as the first season? So far, no (in my humble opinion). But it’s still head and shoulders above anything else that’s on television …  and it’s certainly better than a ridiculous effort by six real lawmakers to channel the series’ star, Francis Underwood (played by Kevin Spacey).

Not sure … but Scott, Duncan and Gowdy should probably stick to their day jobs.

He should probably be put out to pasture … you know … before he accidentally sends some pork to the wrong congressional district again.

Anyway, feel free to try and make heads or tails of this clip.

Group Says It Can Extend US Senate Race In South Carolina